LandCorp has released design guidelines for the redevelopment of Bassendean Oval, flagging development of up to eight storeys around the Swan Districts Football Club home ground. 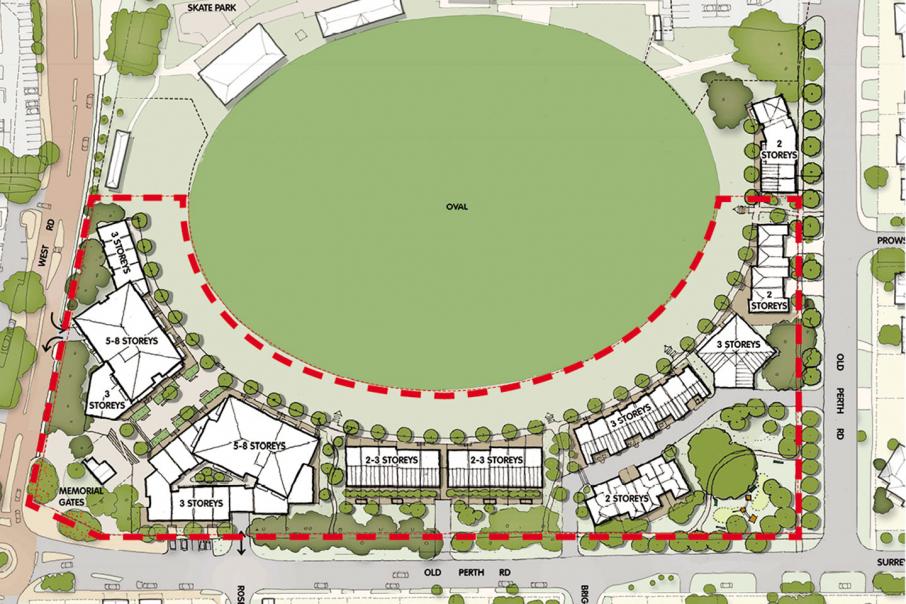 LIVING LARGE: The Town of Bassendean and LandCorp have grand plans for the suburb’s centre.

LandCorp has released design guidelines for the redevelopment of Bassendean Oval, flagging development of up to eight storeys around the Swan Districts Football Club home ground.

The concept plan, released to the community last week, is designed to guide development of three sites around the oval, which will ultimately deliver up to 450 new homes and new facilities for the football club.

A $15 million investment by the state government will provide funding to improve access to the oval and its surrounding parkland, while also making the town centre more visible.

LandCorp expects the project to generate about $175 million of private sector investment.

However, any development at the oval could be up to two years away, with representatives of the Town of Bassendean, LandCorp and Swan Districts Football Club to consider whether the plan should be recommended to council before the planning and approvals process can begin.

Town of Bassendean Mayor John Gangell said the project was a key plank in the council’s strategy to enhance the suburb’s town centre.

“This will provide Bassendean with more housing options for residents looking to live in the town centre or downsize, as well as creating increased opportunities for commercial growth, employment and improved public open spaces within our community,” he said.

The redevelopment of the oval is the latest in a wide range of development and improvements in Bassendean’s town centre since the local council set in motion a revitalisation process in 2010.

Since then, four significant apartment projects were launched around the town centre, while retail landlord Hawaiian spent $27 million redeveloping its Bassendean Shopping Village, a project completed in late 2014.

At Bassendean Oval, LandCorp is seeking to replicate the success of its Claremont on the Park redevelopment, which attracted development groups Georgiou Living, Mirvac Group and Blackburne.

Georgiou Living has completed its project at Claremont, known as The Pocket, while Mirvac Group expects to start building The Grandstand by the end of the year.

Blackburne was recently appointed by LandCorp to deliver 123 apartments at the latest Claremont Oval lot to be released to a developer.

In total, the Claremont Oval plan will deliver more than 750 homes as well as new facilities for Claremont Football Club.