The state’s biggest homebuilder is embracing the opportunity to grow market share under new leadership. 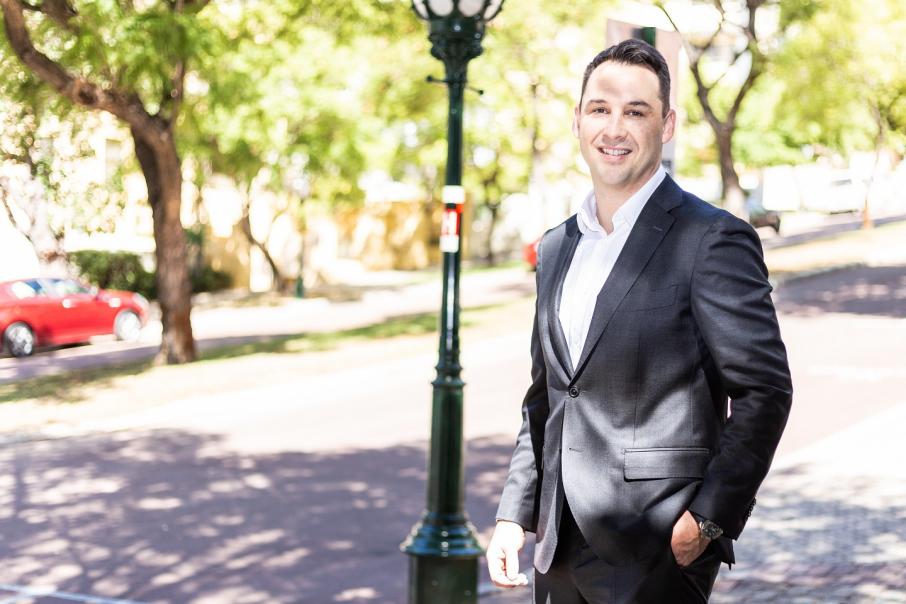 Michael Bartier says he’s up for the challenge that comes with taking the helm of the state’s most prolific homebuilder, despite having less than a decade’s experience in the construction industry.

Having entered the homebuilding sector seven years ago as a new home salesperson following a chance meeting with a former BGC Residential general manager, Mr Bartier has recently been appointed as the new head of BGC Australia’s housing division, known as BGC Residential/J-Corp.

“When I entered, I had no intention of heading into a sales role and to be honest I didn’t have a full understanding of the full size and scope of the industry,” Mr Bartier told Business News.

“But I came in at a good time and did some big numbers, selling nearly 500 homes in about two and a half years, which was pretty unheard of.

“But the intention was always to climb the corporate ladder and see how far I could potentially take it.”

Climbing that ladder has been swift for Mr Bartier, who has worked throughout BGC’s homebuilding division, from new home sales, to managing the Impressions and Perceptions brands, and also taking on a senior management role with J-Corp.

Coincidentally, Mr Bartier, who before entering new home sales was in a corporate role with Honda Australia, said his career could have taken a different path, as the same week he met the BGC manager he also met with a prominent executive at ABN Group.

“They were both customers of the Honda dealership and they both made the comment that I needed to change industries,” Mr Bartier said.

“But the success story of Len Buckeridge and the sheer size and scale of BGC and what they’ve built over a single person’s lifetime as one of the biggest builders in the nation, the biggest builder in the state, how could you say no to that?”

Mr Bartier’s appointment comes at a time when the wider BGC group is establishing a more corporatised structure, after directors Sam Buckeridge, Andrew Buckeridge and Julian Ambrose stepped aside from their day-to-day executive roles.

With a proposed sale of the business being shelved, Mr Bartier said his approach to leading BGC’s homebuilding division would be to embrace what had made the company successful in the past.

“Heading into a more corporate model, I firmly believe we can retain all the good things about BGC Residential,” Mr Bartier said.

“We want to retain all the things historically that have made us strong – producing quality products and delivering more affordable homes to every segment of the Western Australian housing industry.

“We’re in a tough market, now is the time to find all of those advantages and all of those efficiencies, and go out there and ultimately deliver the best for the consumer.”

Mr Bartier said WA’s declining housing market represented an opportunity for BGC Residential to further distance itself from its competitors, with the company again expected to lead the Housing Industry Association’s annual ranking of Australian homebuilders.

He said BGC Residential would continue to focus on its sales representative training and compliance programs to ensure the company delivered the best-possible dwellings for new homebuyers.

“It’s no secret, our market has gone through this historic decline that we simply haven’t seen before, and with that, a lot of our competing builders have been looking for cost efficiencies that do not end up in the best outcome for consumers,” Mr Bartier said.

“There are hundreds of these initiatives industry wide that are designed to line builders’ pockets with a little bit of extra margin that ultimately lead to poorer products.

“There has been a lot of grey area activity through builders who are financially distressed and fighting to stay alive, which leads them to bring out predatory messaging in media, such as ‘triple the grant’, ‘quadruple the grant’, all this stuff, it doesn’t exist.

“At BGC Residential but we have a zero tolerance stance on things like rep referrals and taking kickbacks from land developers to position consumers into a particular project.

“This declining market and this pivotal change in structure is the best opportunity that we have ever seen to cut through that white noise and show the public what BGC Residential is all about and what our brands and the company offer as a whole.”