Trade exchange business Bartercard has taken control of its Western Australia franchise in the hope it can rekindle enthusiasm among members. 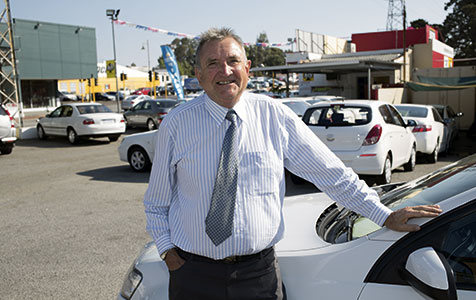 Trade exchange business Bartercard has taken control of its Western Australia franchise in the hope it can rekindle enthusiasm among members.

The WA branch has been falling behind Bartercard’s growth both nationally and overseas, which founder and chief executive Brian Hall told Business News was partly because of a sluggish recovery in trade following the GFC.

“It hasn’t been going as well as we would have liked it to have,” Mr Hall said.

“Partly because of the economy; I guess what we find sometimes is that people get into the mentality of not spending anything at all.

“We weren’t growing membership [but also] we didn’t have a sufficient sales team to keep pace with the [existing] demand, and that’s just an operational issue.”

Former Ezeatm director Chad Zani, who resigned his directorship of the ATM provider last month, owned the WA franchise until Bartercard stepped in and, by mutual agreement with Mr Zani, bought back the Perth North Perth and Perth South franchises.

These operations will now be run as a single, company-owned business.

“We really want to grow the area and membership,” Mr Hall said.

“We’ve invested in more staff, we have one of our key executives involved and we have plans for a lot more activities; the members are responding well just from the attention.”

Bartercard enables businesses (primarily small to medium) to trade goods and services for ‘trade dollars’, which they can then ‘spend’ on services provided by fellow members or convert to cash.

It’s intended to be a cheaper way for businesses to pay for goods and services, and open up new sales channels.

But Mr Hall and Raj Pathak – previously the national sales manager, who will take up the WA state manager’s role – have a challenge on their hands.

There are currently 1,700 Bartercard members in WA trading about $30 million per year, which makes up about 10 per cent of Bartercard’s business in Australia.

However many of those members appear to be losing their enthusiasm for the trade exchange, with one of its longest-serving members lamenting the lack of opportunities in recent years.

In his 20 years as a Batercard member, Mr Hadden has traded more than $6 million through the exchange and made a significant profit on some ventures.

Mr Hadden told Business News he had also been involved in a number of syndicates formed by Bartercard members pooling their trade dollars to purchase residential developments.

Those opportunities had become few and far between, however.

“For Bartercard to be extremely stimulating there needs to be new members coming on all the time, which there’s a lack of,” Mr Hadden said.

Up to $15,000 of Ace Rent-a-Car’s monthly turnover (about 15 per cent) comes as Bartercard dollars. And while Mr Hadden said he could easily spend this amount, there was no incentive to trade any more.

“Bringing in more trade dollars … is not something that I’m prepared to do because we haven’t had people coming up with real estate ideas,” he said.

Mr Hadden said regular networking events providing the opportunity to make contacts were also part of the reason he joined, but even those had fallen away.

“It’s changed a lot; it’s gone from communicating with people over the phone and [functions] to basically just flicking emails about what people may have, which hasn’t been very exciting,” he said.