Barnett will be forced to back down: Milne

The federal and Western Australian governments will be forced to permanently shelve plans to close remote Aboriginal communities in WA, Greens leader Christine Milne said in Perth this morning. 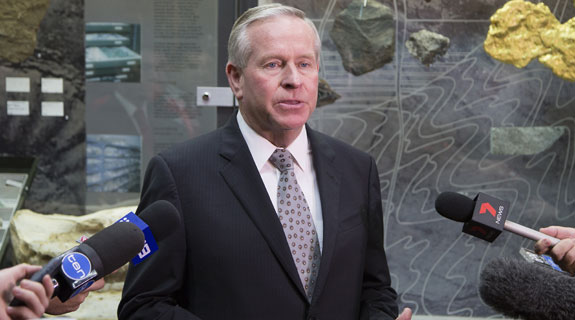 The federal and Western Australian governments will be forced to permanently shelve plans to close remote Aboriginal communities in WA, Greens leader Christine Milne said in Perth this morning.

Ms Milne said she predicted Premier Colin Barnett would be forced to backflip rather than just soften plans to close up to 150 remote communities.

She made the comments at an event with WA Greens senator Rachel Siewert in Perth this morning before heading to one of 92 stop the closures rallies being held across Australia as part of a national day of action.

The Premier yesterday distanced himself from remarks made last November, saying the government was now considering a “hub and orbit” strategy, which substantially pushed out the time frame for closing small and remote WA communities.

The statements followed Prime Minister Tony Abbott’s comments that living in remote Aboriginal communities was a “lifestyle choice” that the government could no longer subsidise.

Ms Milne told Business News Premier Barnett had no choice but to backdown.

“I think he absolutely will (have to backflip),” she said.

“They’ve gone from closing them down to Barnett saying 'oh maybe what (I) said (earlier) was “too bald”' and he’s now going to a hub and spokes strategy.

“No one knows what that means and it’s just an excuse, they have to back off this completely.

“It’s a very strong message to Abbott ahead of the budget not to be allocating precious dollars to shutting down these communities that they need to restore in the budget.”

Senator Siewert, who returned yesterday from visiting remote Aboriginal communities in the Kimberley, said she was the first politician the groups she visited had seen.

They told her the first they heard of the closures was through the media.

She said due to a lack of information remote Aboriginal communities across the Kimberley believed mining interests were behind the forced closures.

“What they’re very concerned about is (they think) part of the agenda is to clear off the land to facilitate mining and I heard that from a number of people from a number of communities,” Ms Siewert said.

“Because they’re used to seeing the mining companies come in they feel like they’re being run roughshod over, so there’s definitely a feeling that part of it is to facilitate mining because the whole of the Kimberley is covered in mining leases of some sort.”