Colin Barnett will surely take a consultative approach when it comes to a review of state mining royalties. 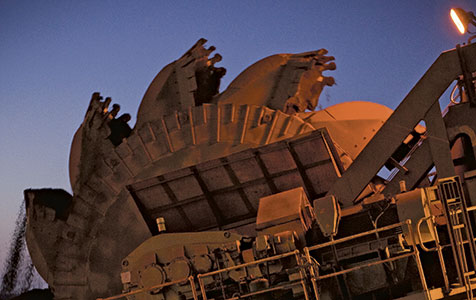 MISTAKE: The botch job over the RSPT was a defining moment in Kevin Rudd’s first stint as prime minister.

The last way Premier Colin Barnett wants to be remembered is as a local imitation of former federal treasurer, Wayne Swan.

That’s why the scare campaign being mounted by Mr Barnett’s political enemies about the review of Western Australia’s mineral royalties is nonsense, and talk of a wholesale increase in royalty rates is ridiculous.

That is not to say there will not be changes, such as harmonising royalty rates between producers of the same mineral – like bauxite, the ore of alumina/aluminium.

Harmonising, or seeking a common standard, could lead to some increases in the rate, but it’s also possible there could be a royalty reduction for some forms of ore – though that’s unlikely given the pressure on the WA government’s budget.

What is certain about the royalty review is that the process being undertaken will provide a stark contrast to what happened little more than three years ago, when Mr Swan and his Treasury advisers sprung a surprise on the mining industry by unveiling, with minimal consultation, the first of two attempted ‘super taxes’ on mining, the RSPT.

Even the MRRT, the successor tax to the failed RSPT that destroyed the first phase of the prime ministerial career of Kevin Rudd, was a tax designed in back rooms by people with vested interests.

Mr Rudd’s replacement, Julia Gillard, wanted a deal to silence the miners. The miners, just three of them (BHP Billiton, Rio Tinto, and Xstrata), wanted a tax they knew they would not have to pay for years, if ever.

In terms of how not to tax an industry, the RSPT and MRRT are case studies of appalling government; and Mr Barnett knows that.

So when the political chatter started in Perth about the WA government planning a 25 per cent increase in mining royalty rates, someone should have said ‘rubbish’.

What Mr Barnett and his government will discover by talking to the industry in a proper review process is that times are tough in all sectors other than iron ore – and even there it’s only a matter of time before the iron ore price falls after a few good years.

Gold, nickel, alumina, zinc and mineral sands are all under price pressure, though the industry itself bears some of the blame for not talking about just how hard it is to earn a reasonable profit.

The truth about profitability has almost been a secret in the gold sector because the miners have been concerned about frightening investors, a re-run of the mistake made in its early days by miners’ interest in a secondary type of iron ore, magnetite.

The magnetite situation would have been funny if it wasn’t so serious, with the sector’s cheer squad arguing loudly that their ore was just as good as the direct shipping material preferred by the big miners. It wasn’t and never will be.

But the cheer squad did such a good job it convinced the government, and copped an equivalent royalty rate, forcing one of them, Gindalbie Metals, to plead for (and win) a discount.

The gold situation is almost the same, with miners claiming low costs of production in order to impress investors, when their all-in costs are actually much higher.

Discovering the truth about an industry that says one thing to investors and another to government is what a proper royalty review is about.

It provides companies with an opportunity to reveal real levels of profitability, and for government to extract a fair share for taxpayers.

WA’s nickel miners, for example, will be able to tell the review that any royalty increase will certainly lead to more pit closures, and that now might even be a good time for a royalty holiday.

Mr Swan, perhaps because of entrenched, anti-business, ideological views could never understand that in order to devise a fair tax he had to discuss openly and early with business what he wanted to achieve, rather than spring an ambush.

Mr Barnett, whatever his failings, is not blind to the problems created by attempting to apply an unfair tax or royalty which could jeopardise future investment, or the survival of a sector of the mining industry.

“We’re both racing towards $9,” was the punch line, which only a few seasoned investors would have understood because what Mr Simich was alluding to was the sharp fall in the OZ share price and the strong rise in the Sandfire share price – with $9 the target – one up, one down.

Looking back, OZ won the $9 race, slipping through that mark in May last year; a hefty fall for a stock that once traded at more than $16, but a price that looks good alongside today’s $4.34.

Sandfire reached the $9 target in October last year, but has also since fallen back to around $6.34.

The reason for mentioning the $9 price target is to draw attention to speculation that surfaced last week about Glencore Xstrata being interested in launching a takeover bid for OZ.

Anything is possible, but a Glencore raid on OZ seems one of the less likely events given the ageing nature of the company’s flagship Prominent Hill copper mine in South Australia, and the high cost of developing a new mine at Carrapateena.

HARD on the heels of the downturns in the lithium and rare earth markets comes news that another speculative favourite, graphite, has hit a snag with one of the leaders in the commercial development of the wonder material, ‘graphene’, warning of marketing delays.

Hailed as a future possible successor to silicon in computer chips, along with myriad other uses, graphene is essentially a single layer of carbon atoms. It is strong and highly conductive of heat and electricity.

Unfortunately one of its champions, London-based Graphene NanoChem, said the release of its first commercial product (for use in oil drilling) had been delayed, but should be ready later this year.

Essentially, graphene remains a bright idea looking for a purpose.