The state government will be glad to put 2015 behind it, but there will be no let up in the financial and portfolio challenges it will face next year. 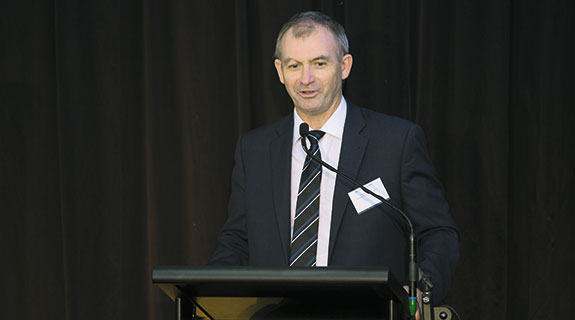 GOING: Replacing Kim Hames in the demanding health portfolio will be one of many challenges facing the premier in 2016. Photo: Attila Csaszar

The state government will be glad to put 2015 behind it, but there will be no let up in the financial and portfolio challenges it will face next year.

Colin Barnett and his Liberal-National Party government will be glad to see the back of 2015. It has been their toughest year in office since the surprise victory over Alan Carpenter’s Labor administration more than seven years ago.

The sudden deterioration in state finances, which has driven the budget towards a record deficit, and polling that shows a lift in voter support for the Labor Party, means both sides of politics have plenty to think about as they head into the Christmas-New Year break.

The Liberal-Nationals alliance has been hit by a perfect economic storm that has shaken its financial credentials. The collapse of world prices for the key exports, iron ore and liquefied natural gas, which has hit the income from royalties, has been compounded by the GST fiasco, with Western Australia getting less than $2 billion of the $57 billion collected annually.

Should the government have been more alert to the possibility of the looming collapse in commodity prices? Certainly record iron ore prices of around $US180 a tonne a few years ago were not going to be sustained. But as recently as 2013-14, the average budget price was $US122.80/t. The collapse has been sudden. In the May budget the price was $US47.50, compared with the federal budget’s $US48; now Canberra’s most recent ‘guesstimate’ is $US39.

Similarly, cuts in GST payments were expected after WA’s windfall revenue gains of a few years ago; what wasn’t predicted was just how savage they actually have been.

“So this state has been absolutely ripped off,” the premier told ABC Radio recently. “It is no longer a matter of states arguing among themselves (about the GST redistribution), this is now a Commonwealth tax on Western Australia; it is discriminatory because it applies to no other state in the Commonwealth.”

But Mr Barnett can’t say he wasn’t warned about his big spending (even if the concerns came from the opposition). The advice was to leave a little bit in the kitty in case things turned sour, and he ignored it.

Federal Treasurer Scott Morrison and Finance Minister Mathias Cormann have all but committed to a second injection of Commonwealth money to assist the WA budget’s bottom line, on top of the $500 million provided earlier this year. That will make the books look more respectable.

Labor leader Mark McGowan will go into the holiday season with a sense of satisfaction – encouraged by improved opinion polls – even if the government’s financial problems are all the more serious because of issues beyond its control. But he has been consistent in calling the government to account.

The challenge for Labor is to fine tune its economic message to convince voters it can do a better job, and still deliver on areas where the party has been considered strong – education, health and public transport. That’s a formidable task for treasury spokesman Ben Wyatt, and Rita Saffioti in Labor’s finance portfolio.

Strategists from both sides should use the Christmas-New Year break to fine-tune their approaches in the pre-election year; and they would be wise to include a shakeup in their front benches in their plans.

Deputy Premier Kim Hames will quit politics at the next election and will relinquish the deputy’s post in mid-February, just before the resumption of parliamentary sittings. He should have gone straight away to give more time for his successor, tipped to be Police Minister Liza Harvey, to settle in.

Dr Hames will also leave the ministry when Mr Barnett gets around to his shakeup. Who will get the challenging health portfolio? Will Mr Barnett go for a safe pair of hands, such as Planning Minister John Day, or give the job to a younger minister such as Bill Marmion?

And will he infuse new blood? Churchlands MP Sean L’Estrange and Andrea Mitchell (Kingsley) have been tipped for promotion, and upper house member Donna Faragher could return after standing down earlier for the birth of a baby.

Who will make way? In addition to Dr Hames, ministers whose futures will be scrutinised include Helen Morton (mental health), Ken Baston (fisheries) and possibly Tony Simpson (local government).

The premier’s challenge is to achieve the reshuffle without causing resentment among those demoted. Several former ministers on the backbench are still less than happy with how they were dumped.

Encouraged by improved polling, Mr McGowan should take the opportunity to promote former military men, Peter Tinley (science and innovation) and Paul Papalia (corrective services), into higher-profile portfolios. Neither is factionally aligned, but both are formidable debaters and Labor would be wise to give them more challenging roles.

As the 2017 election countdown starts to gather pace, seizing the initiative early in the New Year becomes more important. Colin Barnett will certainly be hoping that next year will be better than the last. But then, even a week can be a long time in politics.