The polls suggest Colin Barnett and his government are in some trouble ahead of the next election, but Labor has plenty of work to do. 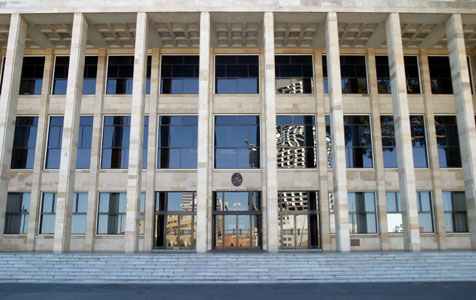 The polls suggest Colin Barnett and his government are in some trouble ahead of the next election, but Labor has plenty of work to do.

There's a growing view within Western Australian politics that Colin Barnett’s government is in some sort of mid-term malaise and, unless something radical happens, voters will back change when they go to the polls in 20 months.

A quick glance at voting intentions as expressed in a recent Newspoll supports that view. In a polling period that included the weeks before and after Treasurer Mike Nahan’s tough budget in May, the primary vote for the Liberal Party slumped to 33 per cent, the lowest recorded since the election of March 2013. In fact it was 14 points below the election result.

That should be food for thought for any political party. Almost one in three of those who voted Liberal last time are not prepared to back the party now – a pretty rapid attrition rate in anyone’s book.

There’s no shortage of reasons, either. Where’s the promised action on fixing congestion on metropolitan roads by the introduction of light rail? It was the issue of the campaign in 2013; now it’s on the backburner. Will Premier Colin Barnett have some runs on the board on this issue next time round and, if so, what about the credibility factor?

The hospital system has been rejuvenated, but what about the city? Certainly it’s getting a makeover. But will that transfer to votes when they are needed?

And is Mr Barnett still the man to lead? Only 36 per cent of those surveyed approved of his performance as premier. Probably more significant is that 57 per cent disapprove, and that those figures have barely changed in 20 months.

So the premier has been on the outer with voters virtually since leading his government back to a second term.

So, all should be rosy in the Labor camp. On a two-party preferred basis, Labor leads the combined Liberal-National vote 52 per cent to 48 per cent. And Labor leader Mark McGowan still has a six-point lead over Mr Barnett as preferred premier – 43 per cent to 37 per cent.

This should reassure Mr McGowan and pour cold water on the Labor chatterers who think out loud on the prospect of former federal minister Stephen Smith entering state politics as Labor leader and becoming a political game changer.

The reality, however, is that despite the recent Newspoll, there is no certainty of a change in 2017 (the one caveat being if Mr Barnett and Transport Minister Dean Nalder remain derelict on the traffic congestion issue).

A key point the premier and Dr Nahan will be counting on is an improved budgetary position. Two factors should come into play here. The first is linked with moves to rein-in spending. Public service redundancies, cuts in spending programs and curbing growth in the wages bill will all help, as will the privatisation program.

Another boost to the state’s financial position will come from the much-maligned Commonwealth Grants Commission formula, which will start delivering a significant increase in reimbursements to WA; the reason for this turnaround is the three-year lag in the formula, which will finally provide compensation for falling royalties.

Mr Barnett and Dr Nahan will then be able to point to an improving budgetary position in the pre-election environment. Significantly, it won’t result in the early restoration of the coveted AAA credit rating, which will be vigorously noted by Labor, along with the explosion in state debt – from $3.6 billion in 2008 to an expected $36 billion by 2018.

However, the government will aim to convince voters that the financial shocks from the end of the resources boom, the slump in royalties from iron ore (linked to the collapse in prices), and the unfairness of the GST redistribution have all been absorbed.

The claim? The state is now ‘entering a new era … stick with us’.

But Labor does have a significant problem, and it should not be glossed over. The party’s primary vote at the 2013 poll was 33.1 per cent. The traditional view is that its vote must be at least 40 per cent to win power.

Yet the Newspoll showed Labor’s primary vote still stuck on 33 per cent. In other words, despite the combination of Mr Barnett’s unpopularity and the tough measures his government has introduced to regain control of the budget, primary support for the opposition is unchanged.

It’s the Greens that have done best from the disenchantment with the premier and his government. Their support has jumped almost six points, to 14 per cent, with the rest spread among other minor parties. Labor gains, because it gets the bulk of Greens preferences.

The conventional wisdom might be that a change of government is likely. The reality is that the election is up for grabs. It will be a contest of ideas, with the performance of the leaders more important than ever.