Premier Colin Barnett has rejected calls for a parliamentary inquiry into the iron ore industry, despite repeating his criticism of the major producers. 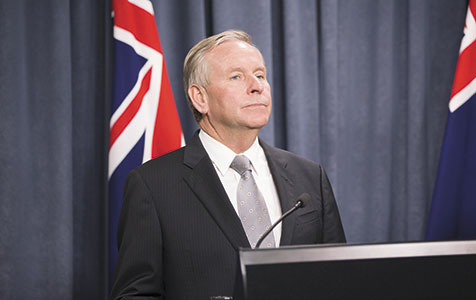 Premier Colin Barnett has rejected calls for a parliamentary inquiry into the iron ore industry, despite repeating his criticism of the major producers.

Senator Xenophon said he wanted to probe whether the majors had engaged in behaviour that could reduce competition in the industry.

His suggestion follows repeated criticism by Fortescue Metals Group chairman Andrew Forrest, who accuses Rio Tinto and BHP Billiton of flooding the market to drive prices down and force other producers out of business.

A new website launched this week (without attribution), www.ourironore.com, supports the same goals as Mr Forrest.

The website states that: “Multinational companies are failing to act in an economically rational way, choosing to oversupply the iron ore market.

“Australia’s export income is being savaged, along with tax and royalty returns to state and federal governments, shareholder returns, superannuation fund values, jobs and activity in the economy. “

The website invites readers to sign a petition, just days after Mr Forrest called on Australians to write to their MP and call for the government “to consider the multinationals licence to operate in Australia if they don’t market iron ore responsibly for all Australians”.

“It is certainly damaging employment, a lot of job losses, it’s having a very harsh effect on the state government’s budget and to a lesser extent on the Commonwealth government,” Mr Barnett told journalists.

“But what’s the issue here? To just simply have an inquiry into the iron ore industry I think is quite pointless.

“If there is any evidence or any belief there has been anti-competitive behaviour, that should be referred to the ACCC.

“It is not the sort of issue a parliament should be dealing with or can deal with.”

Mr Johnston told Business News he was currently drafting terms of reference for an inquiry by a state parliamentary committee, particularly into the government’s relationship to the iron ore industry.

“The premier says BHP’s and Rio’s expansion has been against the interest of WA taxpayers, because he says it has reduced the value of our iron ore exports,” Mr Johnston said.

“If that is true, why did the premier approve those expansions? He has been personally involved in every single mine approval in the sector.

“There is a suggestion by the premier that the State Agreement Acts oblige the companies to maximise the price they get for the iron ore.

“We’ve always assumed that meant selling it at market price but the premier has suggested that it is a different obligation, a more nuanced obligation.

“Well let’s have a look and see what is meant by the premier’s intervention in the process.

“The premier says the government should intervene in the export of iron ore to manage volume, that’s the premier’s position, and the committee should inquire into that and see what the alternatives are.”

Mr Johnston said his view was that the market should be left to determine the shape of the industry.

“The Labor Party continues to support a market-based approach, although the premier seems to be suggesting there should be some sort of government intervention,” he said.

“We think it’s time all these issues were examined by a parliamentary committee.”

Mr Johnston said there was not enough focus on the benefits that had accrued during the boom years.

“I don’t know a single West Australian who thinks the extra jobs created by the construction phase of the iron ore boom has been a bad thing.”