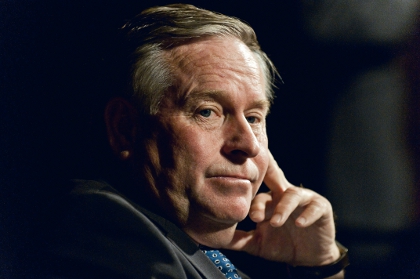 Premier Colin Barnett has revived plans for a university in Midland at the historic Railway Workshops if the Liberals win the March 9 state election.

Currently, there are no universities in that zone, with most campuses concentrated in the southern suburbs.

A previous plan to build a university in Midland fell in a heap in March 2011, after Singaporean group Raffles Education Corporation withdrew its application to establish a campus.

Raffles had been planning to invest $100 million over five years to accommodate 10,000 students at a Midland campus.

Education Minister Peter Collier says it's time the area has a university.

Mr Collier says it's unacceptable that tertiary attainment rates in the region are 10 per cent lower than the rest of the metropolitan area.

"For too long, people from Perth's eastern suburbs have been under-represented in tertiary education and this is due, in part, to not having easy access to a campus," he said on Tuesday.

"Midland also has a relatively large indigenous population and higher education participation by this student population is very low compared to overall levels of participation in the Perth metropolitan area."

The Liberals will make land at the proposed site, the Midland Railway Workshop Precinct, available for lease at a peppercorn rent.

The Liberals will commit $22 million to build the university, which will offer a broad range of courses and house up to 600 students and staff.

Mr Collier said the Metropolitan Redevelopment Authority would lead the development of the university, working closely with Curtin.

"This campus will be an important first step in creating a university presence in the region and reflects the Liberal Party commitment to ensuring the community has access to the highest possible standard of education," Mr Collier said.

Mr Barnett said there are obvious opportunities for medicine, given the site adjoins the Midland Public Hospital.

Education has been a key theme of the state election so far.

Labor has promised $1.27 billion for school infrastructure as well as measures to combat truancy and improve literacy.

The government has pledged funding to specialised schools helping "disengaged" students with social, emotional or behavioural difficulties as well as 40km/h traffic speed signs for every school zone.