The state government has selected a $600 million upgrade of road links around Perth airport and a $470 million improvement in town infrastructure in the Pilbara as its top capital works priorities. 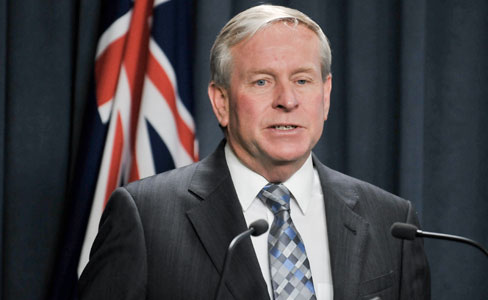 The state government has selected a $600 million upgrade of road links around Perth airport and a $470 million improvement in town infrastructure in the Pilbara as its top capital works priorities.

In a statement to parliament today, Premier Colin Barnett said the government had applied for federal funding for seven priority projects.

Other priorities include a $550 million supply base at Derby for the Ichthys gas project, with most of the funding to come from the private sector.

The upgrading of power lines to the Mid West,improving the grain freight network, and investing in Bunbury and Port Hedland harbours were other priority projects.

The Premier's full statement is pasted below:

On 5 November the Liberal-National Government submitted a further round of proposals to Infrastructure Australia. The submissions have a strong focus on strengthening our regions and include transport upgrades, cities in the Pilbara, common use infrastructure to encourage private enterprise and improving the capacity of existing infrastructure.

While indicative total project costings have been provided, the Government sees each project funded through a combination of Infrastructure Australia, State Government and private industry funding.

The seven priorities identified are:

Gateway WA: A new airport is a priority for Western Australia. The consolidation of the Domestic and International Terminals will require an upgrade to the roads around the airport and will also provide an opportunity to create a more efficient and attractive entry to Perth city. Traffic around the airport is also being increased by rapid commercial development and freight movement in the Kewdale/Forrestfield area. This project was in our 2008 submission to Infrastructure Australia and is in the Infrastructure Australia Proposal Pipeline. It is now our number one priority at an estimated cost of $600 million with funding being sought to contribute to much needed upgrades to Tonkin Highway, Orrong Road and interchanges along Tonkin and Leach Highways.

Pilbara Cities: The Pilbara region accounts for 35% of the nation's mineral and petroleum production and around 23% of its merchandise exports. The strategic importance of the area warrants investment to create vibrant, sustainable regional cities that can support and deliver a skilled workforce, while offering a high standard of living to local communities.
The Liberal-National Government has committed $300 million to a Pilbara Revitalisation Plan and is seeking Infrastructure Australia funding towards a total $471 million for urgent works for airport upgrades, wastewater services, serviced land and some accommodation.

Kimberley Supply Base: Inpex Corporation is conducting feasibility studies on the construction of a supply base at Port Torment near Derby. A supply base would support commercialisation of Browse Basin gas reserves by Inpex and others. It would include an appropriate port, port-related infrastructure and industry land. The construction phase of the project has an estimated total cost of $550 million.
The bulk of expenditure will be borne by the private sector with funding being sought for common use infrastructure.

Mid-West Energy: the Liberal-National Government has announced it will build a 330kv power line from Pinjar to Eneabba. Infrastructure Australia funding is sought for the second stage to Moonyoonooka. This will deliver reliable supply to Geraldton and Oakajee Port and industrial developments, allow renewable energy projects to feed into the grid and support the Square Kilometre Array project. This project has an estimated cost of $280 million.

Grain Freight Network: the Western Australian grain industry is a major exporter, with over half of the grain traditionally moved by rail. The Liberal National Government has been examining the needs of the network. Infrastructure Australia funding has been requested for two key components of the network:
Re-sleepering of the Avon to Albany rail; ($43 million) and
Upgrading Chester Pass road (a six-year program with a cost of $129 million)

Brunswick to Bunbury Port: With increased growth in industry, the single track South West rail line and port land side infrastructure is approaching capacity. This project looks to expanding the capacity of rail to facilitate the export of increased volumes through Bunbury Port by removing an existing bottleneck between Brunswick Junction and Bunbury. The cost of this project is estimated at $63 million.

Port Hedland Inner Harbour: the port at Port Hedland requires enhancements to cater for the increased capacity required by existing and new projects. The port specifically needs to have the channel widened and dredged to cater for more large ships. The estimated cost of this work is from $500 million to $1 billion much of which would be met by private port users over time.

The Infrastructure Australia Council will now review submissions. An updated list of national priority projects will be identified and further discussions will be entered into with proponents.

The projects in the Government's submission will create jobs, attract private investment, enhance our competitive advantage and underpin Western Australia's economic and social development beyond the short term.