Barnett in for the long haul

The government has thrown out an early marker for the 2017 state election. 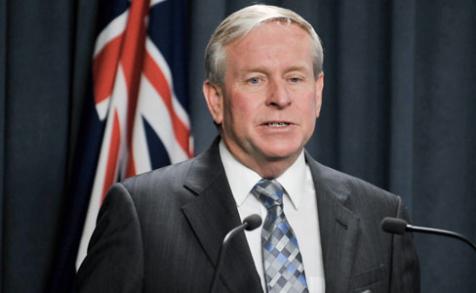 Colin Barnett's decision to stay on and lead the Liberal Party into the 2017 election was a surprise to many, as he had indicated the top job would be a matter for consideration during next year.

The position was essentially an issue because of the premier's age, although there is a group of MPs within the party room, including some former ministers, who are less than impressed by his leadership skills, especially in the area of people management.

Mr Barnett will be aged 66 at the time of the next election, making him the oldest premier to lead his party in seeking another term since Sir Charles Court, who was 68 when he won a third term in 1980.

All things considered, both sides of politics have generally responded positively to the announcement.

From the Liberals' perspective, the Barnett announcement ends the uncertainty. The government can plan its re-election strategy knowing – barring unforeseen circumstances –its most experienced performer is at the helm. After 24 years as an MP, including eight years as a senior minister and the past six years as premier, he has become well versed in what's required to run the state.

But the decision of former treasurer Christian Porter to switch to federal politics last year, and Troy Buswell's implosion and subsequent resignation from parliament, meant there were no obvious successors with the necessary experience to take over.

Deputy Premier Kim Hames has flagged his intention to retire, and ministers such as Lisa Harvey (police), Albert Jacob (environment) and Dean Nalder (transport) lack the experience to take over at this stage.

Another factor is the record of premiers who have taken on the job in mid-term. In fact of the four premiers in this category in the past 35 years, only Labor's Peter Dowding (in 1989) was successful. Ray O'Connor (Liberal, 1983), Carmen Lawrence (Labor, 1993) and Alan Carpenter (Labor, 2008) have all led their parties to defeat.

Mr Barnett's decision to stay on was also welcomed by opposition leader Mark McGowan, who has outpointed the incumbent in the 'preferred premier' category in recent opinion polls.

Mr McGowan didn't hold back listing the areas in which he thinks the government is vulnerable: the loss of the triple-A credit rating; job insecurity; city traffic congestion; and education issues. The opposition will also go on the attack over alleged broken promises and the rapid growth in state debt.

The decline in iron ore prices, which affects royalties and general activity in the mining sector, also plays into the opposition's hands. And Mr McGowan and Labor's treasury spokesman, Ben Wyatt, will smell blood should the state budget slip into deficit.

The battle lines are being drawn.

MUCH has been written – both laudatory and critical – about late Labor prime minister Gough Whitlam; but there has been little direct comment about his reception in Western Australia.

In fact WA voters gave Mr Whitlam the thumbs up in the 1969 general election, his first as leader, when Labor emerged with six of the state's nine federal seats.

When Labor gained office in 1972, the only change in WA was Forrest, taken back for the Liberals by Peter Drummond.

One of Mr Whitlam's promises to strike a chord in the west was to provide millions of dollars to extend deep sewerage in the metropolitan area, replacing the septic system that had become standard in new suburbs. In a play on the American economist JK Galbraith's book, The Affluent Society, he would often refer to Perth as the 'effluent society'.

When in office, the millions flowed, and my suburb was one of the welcome beneficiaries.

But his decision to phase out the superphosphate bounty went down like a lead balloon among WA grain farmers, with their light soil properties. The state election in March 1974 was their first opportunity to show their displeasure, which they did, in Forrest Place and at the ballot box.

Mr Whitlam was the central figure in a lively lunchtime election rally in Forrest Place, where outnumbered police officers had genuine concerns for his safety against angry farmers who turned up in force. It was the beginning of the end for Forrest Place as an election forum.

At the federal election after Mr Whitlam's sensational dismissal in late 1975, WA voters chose change rather than Labor's invitation to 'maintain the rage'. Only the Fremantle seat stayed with Labor. After just six years, the political pendulum had well and truly swung.