Barnett fires up on tax take

A second ratings agency downgrade has prompted Colin Barnett to ratchet up the tough talk on the GST. 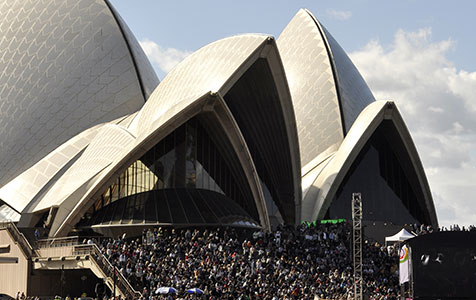 NUMBERS GAME: Colin Barnett says the big four states – NSW, Victoria, Queensland and Western Australia – have all agreed that GST should be allocated largely … on a population basis. Photo: iStockphoto

Colin Barnett reacted to Moody’s Investors Services’ decision to downgrade the state’s AAA credit rating by refining his pitch for a better deal in Commonwealth-state revenue sharing. And he is taking direct aim at Canberra.

The Moody’s assessment confirmed last year’s move by Standard & Poor’s, which was the first agency to withdraw the prized AAA assessment of how Western Australia is handling its finances.

Mr Barnett and then treasurer Troy Buswell responded to that setback with a voluntary redundancy program and a belated tightening of the public sector wages policy. They also worked with the bigger states in an (as-yet unsuccessful) effort to effect change in the distribution of GST revenue.

This time, the premier and his new treasurer, Mike Nahan, have reacted by placing assets worth up to $2 billion on the ‘for sale’ list.

For the record, WA gets back 38 cents for every dollar raised in the state by the GST. This is tipped to eventually drop to 11 cents under the Commonwealth Grants Commission’s redistribution formula.

Mr Barnett has been accused by the opposition of using the GST issue as an excuse for the latest downgrading, with the state’s financial situation in the present climate likely to get worse before it gets better.

But opposition MPs, while luxuriating in the government’s discomfort, should know it is a dilemma they would inherit should they win power in 2017.

Surprisingly, Mr Barnett has expressed optimism that a breakthrough in the GST impasse could be in the pipeline – possibly next year.

Political Perspective has speculated that progress might be made, but only after elections in Victoria, New South Wales and Queensland during the next 12 months. Then those state leaders can turn their attention to what the WA premier and his team would consider a ‘fairer’ revenue sharing arrangement.

Mr Barnett says agreement among the states is only required for change to the rate of the GST. How the revenue is distributed is up to the Commonwealth; and he has his sights on Canberra.

Referring to what he believes should be a gradual change in the redistribution formula, the premier says: “No state needs to lose actual dollars in the GST. But the big four states – NSW, Victoria, Queensland and Western Australia – have all agreed that it should be allocated largely … on a population basis.

“The audit committee set up by the prime minister, Tony Abbott, has made the same recommendation. The argument has been won – there is no doubt about it. I would say the Federal Treasury, even the Grants Commission itself, probably would acknowledge this is a nonsense situation.”

Then the premier delivered his key line: “All we need now is a bit of political leadership and political will. Not too hard. This is not a difficult issue.”

There’s no doubt where those words are aimed – straight at Mr Abbott and Treasurer Joe Hockey.

Welcoming the growing number of federal Liberal MPs from WA finally speaking out on the issue, Mr Barnett delivered this none-too-subtle threat: “I think it will be increasingly difficult for a federal (coalition) government to raise money for a campaign in Western Australia unless they do something about this issue.”

If that doesn’t cause alarm within the federal government, it should at the national Liberal secretariat. The WA party – led by former state president Danielle Blain – has been a lucrative source of campaign funds since Labor’s hopelessly inept mining tax initiative in 2010. In fact it kicked in more than $1 million to the federal campaign then, and the money – thanks to the alarm in the resources sector – has kept flowing.

Not for much longer, however, unless Canberra has a change of heart. Mr Barnett reinforced this point when asked why he was optimistic of a breakthrough on the tax-sharing issue.

Referring to an “anger throughout the West Australian community”, he added: “I think you will find the West Australian business community in particular now fully understands the issue, and remember it was Western Australia which largely funded the election of Tony Abbott as prime minister.”

So the premier has put his cards on the table. He is clearly frustrated that WA, which continues to have the strongest growth among the states, is penalised by the ratings agencies because $3.7 billion from the GST is being redistributed among the other states.

Noting that $1.7 billion goes to the Northern Territory and $140 million to the ACT, Mr Barnett said: “At the very least the Commonwealth government should take responsibility for its territories….”

Experience shows appeals for a fair go usually fall on deaf ears. Targeting the hip pocket tends to get results.