Mining contractor Barminco has reported a $98.7 million net loss for the 12 months to June, with contract issues during the year partially offset by improved performance in its Africa-focused joint venture. 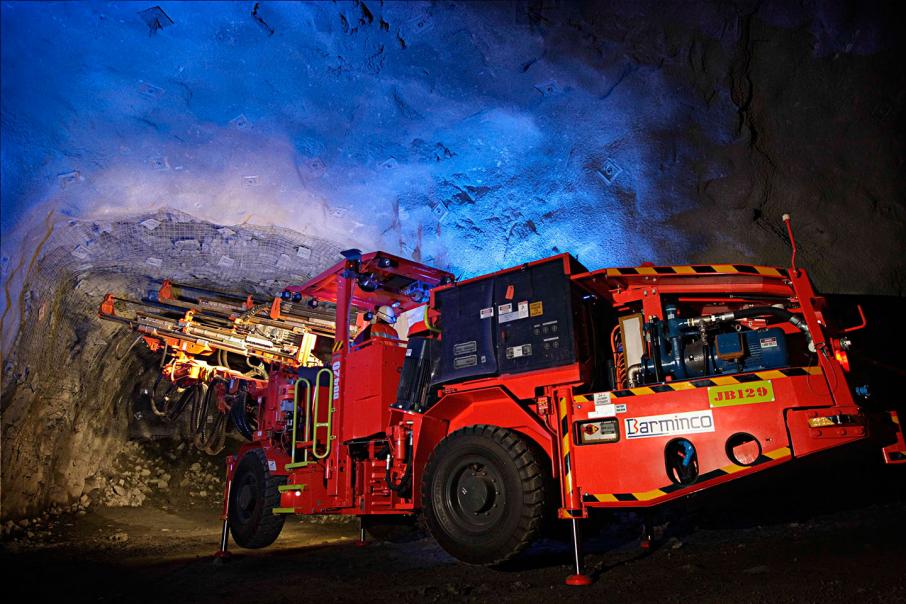 Mining contractor Barminco has reported a $98.7 million net loss for the 12 months to June, with contract issues during the year partially offset by improved performance in its Africa-focused joint venture.

Revenue was up 18 per cent to $691.1 million, while earnings before interest, tax, depreciation and amortisation fell 11.7 per cent to $116.3 million.

It also struck issues with Hindustan Zinc over work at the Rampura Agucha mine in India, with new terms negotiated between the two parties.

However, Barminco’s half-owned African Underground Mining Services joint venture provided some relief to the business, with $20.7 million in dividends paid to Barminco in FY17, up from $8.8 million in FY16.

Chief financial officer Peter Bryant said while it was a disappointing full-year result, the two contractual issues had now been resolved and the outlook for the year ahead was positive.

“We have taken action in both cases to ensure those results don’t continue,” he said.

“In the case of Kundana, the contract has transitioned back to Northern Star, while in the case of our Indian Rampura contract we have successfully reset the terms to ensure that contract will be profitable going forward.

“On the plus side, in the year Barminco secured circa $1 billion in multi-year contract extensions with existing clients Western Areas and MMG in Australia, as well as Centamin at its Sukari mine in Egypt.

“So we feel confident 2018 will see an improved financial performance.

“Barminco also increased its cash position, refinanced its long-term debt structure, and maintained strong liquidity, ensuring the company has the financial capability to fund growth and to continue investing in its fleet and people to ensure we maintain our position as a high-quality provider.”