Baosteel and Aurizon are set to take control of Aquila Resources after another major shareholder threw their support behind the $1.4 billion takeover deal. 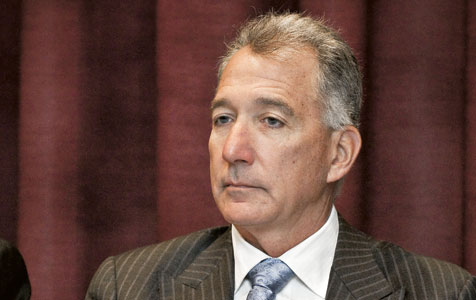 Baosteel and Aurizon are set to take control of Aquila Resources after another major shareholder threw his support behind the $1.4 billion takeover deal.

Charles Bass, who co-founded Aquila in 2001 and holds a 10.7 per cent stake in the company, has notified the bidders that he will support the $3.40 per share offer.

Including the 29 per cent stake held by Aquila executive chairman Tony Poli, who has backed the deal, and the 21 per cent held by Baosteel, the bidders appear to have control of more than 60 per cent of the Aquila’s issued capital.

Mr Bass’s announcement to support the takeover offer comes just days after an independent report prepared by Grant Samuel & Associates found the deal to be reasonable but not fair.

Grant Samuels valued Aquila shares at between $3.90 and $5.24 each, much higher than Baosteel and Aurizon’s bid.

However the report found that Aquila had no clear options to finance its $8 billion West Pilbara iron ore project and that shareholders would be better off to accept the deal.

It remains unclear what Mineral Resources will do with its 12 per cent interest in Aquila after the former purchased the stake earlier this month in an effort to make its own takeover offer for Aquila.

Mineral Resources paid $3.75 a share, or about $192 million, for the stake, much higher than the bidder’s offer price, and would chalk up a big loss if Aquila accepts the Baosteel-Aurizon proposal.

Both Mr Poli and Mr Bass have reserved the right to change their minds if a superior offer arises.

Aquila shareholders have until July 11 to respond to the takeover deal.