Aspiring uranium miner Bannerman Resources chief executive and managing director Len Jubber has resigned after seven years at the helm, with his shoes to be filled with former general manager Brandon Munro. 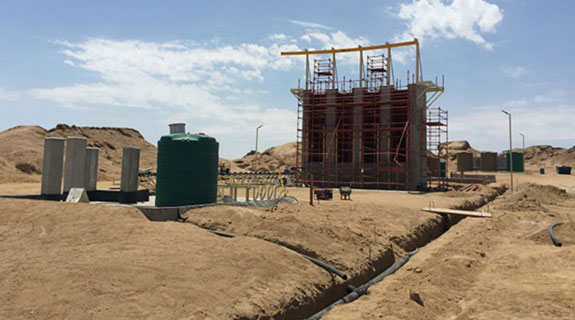 Bannerman is developing its Etango uranium project in Africa.

The chief executive and managing director of aspiring uranium miner Bannerman Resources, Len Jubber, has resigned after seven years at the helm, with his shoes to be filled with former general manager Brandon Munro.

Mr Munro served as general manager of corporate development, and Bannerman’s general manager in Namibia between 2009 and 2011, at which point he left the company to become managing director of Kunene Resources.

Bannerman chairman Ronnie Beevor said the board was pleased to have appointed someone who has previously worked for the company, who had lived in Namibia and built relationships with the Namibian government.

“The board and I regret Mr Jubber’s decision to leave the company and would like to express our sincere gratitude for his outstanding contribution to Bannerman over the past seven years,” Mr Beevor said.

Mr Jubber, who resigned to pursue other business interests, said he was proud to have been part of Bannerman’s journey and pleased to be leaving it with a solid platform from which it could pursue development of its Etango uranium project in Africa.

Mr Munro will receive an annual gross remuneration of $220,000 including superannuation.

He will also participate in a $60,000 placement in Bannerman, priced at 3 cents each.

Bannerman shares surged 16.7 per cent in early trade, but most of the gains had pulled back by 10am, with shares trading 3 per cent higher to 3.1 cents each.