Bankwest wins first round vs Saraceni 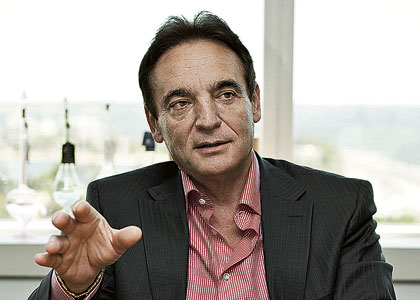 Bankwest has had a win in its long-running battle with prominent property developer Luke Saraceni over Raine Square, with the Supreme Court today backing the appointment of administrators over the $500 million office tower.

Mr Saraceni, however, said he remained “100 per cent confident” that he would be successful in a pending damages claim against the project financiers, which he said would be in the hundreds of millions of dollars.

The building was 80 per cent complete at the time, but Westgem missed a $50 million debt repayment in late December 2010, triggering the financiers to appoint Messrs Mentha and Rocke.

Mr Saraceni, whose litigation is being funded by IMF Australia, labelled the receivership unnecessary, saying Raine Square had “strong financial metrics” despite the missed payment.

As such, Mr Saraceni launched legal action seeking the removal of the receivers and managers.

Supreme Court Justice Michael Corboy today ruled that the appointment of KordaMentha as administrators over Westgem and all of its assets was valid.

A Bankwest spokesperson said the financiers were pleased to receive the backing of the Supreme Court.

"Bankwest and the receivers are keen to put the distraction of these particular legal proceedings behind them so they can focus on the completion and sale of the project," the spokesperson said.

But Mr Saraceni was adamant that today's ruling was always a fifty-fifty proposition that would not affect the main damages claim against the financiers.

“The bank had a win today, but it clearly doesn’t affect our damages claim,” Mr Saraceni said.

“This is not the real fight. Someone threw the first punch and it landed but it didn’t knock us out.”

The damages claim will be lodged before the middle of October, Mr Saraceni said.

Mr Mentha, however, said that he hoped today’s ruling would bring an end to Mr Saraceni’s strategy of seeking to undermine the receivers.

“I would not be surprised if Mr Saraceni appealed the decision and took other steps to stymie the financiers’ rights,” he said.

“In my view, it is more about Mr Saraceni avoiding reality.”

Mr Mentha said he was also expecting positive outcomes in other pending litigation, including an application for the return of $1.3 million which Mr Saraceni allegedly withdrew from a Westgem bank account and transferred to a related party shortly before receivers were appointed.

Justice Corboy said he expected a judgement on that matter would be available early next week, at the latest.