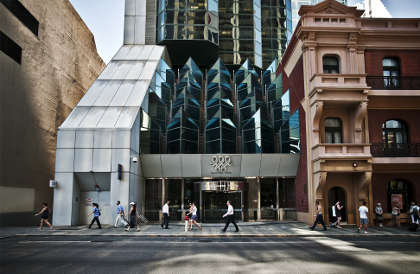 Bankwest has been added to a list of financial institutions targeted by what is claimed to be the nation's biggest class action suit, aimed at recouping unfair and excessive bank fees.

Legal firm Maurice Blackburn says it will file a claim against the Perth-based bank, which is owned by the Commonwealth Bank, in the Federal Court today.

It will be seeking what it claims is more than 10 million dollars in illegal fees.

Maurice Blackburn senior associate Paul Gillett said the total claim had risen to over $200 million, after the inclusion of Bankwest to a long list of Australian banks subject to class actions, including ANZ, CBA, Westpac, Citibank, Bank of South Australia, St George and NAB.

“These class actions against unfair bank charges are the largest in Australian history – more than $220 million for fees charged against around 170,000 customers from eight banks – and it continues to grow,” Mr Gillet said.

“There are now more than 20,300 West Australian account holders across all for the unfair bank fees class actions we are running, accounting for around 12 per cent of the total group – and we believe there is potential that more will come forward to get their money back.”

Financial Redress managing director, James Middleweek, said around half of the new grup of claimants were from Western Australia.

“Bankwest has always been at the top end of the exception fee scale,” he said. “However, with all the pressure to reduce these unfair fees, I’m surprised it still charges up to $45 for a business honour fee and $30/$35 for a credit card over limit or late fee.

“Bankwest is simply taking its customers for a ride.