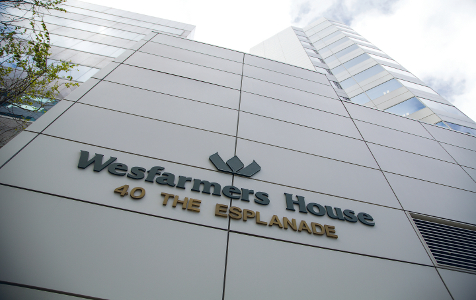 UP OR DOWN: Citibank Australia says Wesfarmers shares will fall to $34.60, while Merrill Lynch is tipping a 12-month price target of $53.

A survey of investment recommendations by some of the world's biggest investment banks leaves no middle ground – either Wesfarmers is going up sharply or down steeply.

Obviously both opinions cannot be right, which prompts a question about why Wesfarmers routinely generate extreme views.

One possibility is that analysts fall into one of two camps – those who like companies with a diversified revenue base, and those who do not.

Back in the 1970s, the diversified theory of having 'financial eggs' spread across a number of baskets was popular and is reflected in the Wesfarmers approach with its retailing, mining, insurance, chemicals and fertiliser business units.

That style of company was largely wiped out during the 1980s, with investors preferring to allocate their capital the way they thought best rather than what management thought best. That led to a much higher degree of specialisation.

Wesfarmers defied the demands of the anti-diversified believers and, worse still, it succeeded in proving them wrong thanks to a strict adherence to capital allocation rules.

During the past few weeks there has been a fresh opening of the divide that dogs Australia's eighth biggest company, with one of the world's top investment banks advising clients to sell Wesfarmers because its shares are poised to plunge by $6.83 (to $34.60, or 16.5 per cent) from their current level of $41.43.

Citibank Australia, an arm of the New York-based Citi group, said growth at Wesfarmers had "almost stalled" in the latest half-year with more difficulties ahead for its Target retail operations and coal mining, adding that a 50-cent capital return was a signal that management had run out of acquisition ideas.

The Citi slap was followed by equally harsh comments from two other big banks – Deutsche and Macquarie. Both have told clients to sell Wesfarmers because its shares would probably fall during the next 12 months to around $37.50.

If advisory notes from Citibank, Deutsche Bank and Macquarie Bank were all that anyone read before making an investment decision, they would be heading for the exits.

But on the way out they would probably bump into buyers who had been reading advisory notes from three other big banks – Credit Suisse, Goldman Sachs, and Bank of America Merrill Lynch.

Those three members of the Wesfarmers cheer squad reckon the company is looking good, with Merrill Lynch tipping a 12-month price target of $53, a rise of $11.57 (28 per cent). Goldman Sachs is forecasting a future price of $49.41 and Credit Suisse last week set a goal of $46.

The Credit Suisse view is especially interesting because it came with a complete change of view. Whereas the bank had previously rated Wesfarmers "underperform" it is now tipping it as "outperform", lifting its price target by $8.50.

Apart from the deep-seated philosophical problem that some analysts have with the diversified business model, there is a disagreement over the mood of the Australian consumer, which in a way is a dispute of the outlook for Australia itself.

On that question, both Goldman Sachs and Credit Suisse expect significant benefits to flow from the turnaround of the Coles supermarket business into a more aggressive rival for the sector leader, Woolworths.

Credit Suisse argues that consumer confidence is rising strongly, and the mountain of savings squirrelled away by Australian households over the past four years is about to be unleashed as confidence in post-election Australia grows.

Macquarie doesn't buy that argument, describing Wesfarmers as a victim of the "tyranny of size" with slowing growth in earnings.

From a strict market-balance perspective, Wesfarmers is a near perfect case study with extreme views either way cancelling each other out.

For investors it might be confusing, but for half the analysts it could be time to start looking for a new career.

ONE project certainly not requiring more equity is the Burswood casino, which now trades as Crown Perth and appears to be on track to pass the magic $1 billion a year revenue mark sometime in the next two to three years.

A genuine goldmine for the original Burswood investors and for its new owner, the James Packer-controlled Crown Ltd, the casino posted a pre-tax profit of $240.8 million in the year to June 30 from revenue of $858.2 million.

Ongoing expansion projects at the Burswood site are expected to lift revenue in the current financial to about $900 million, according to a forecast made by the investment bank UBS, with the $1 billion revenue target achieved in the 2016 financial year.

Heading in the other direction is a business phenomenon that appears to have run its course – super-cheap airlines.

A customer revolt over hidden charges cost the sector's leader, Ryanair, dearly in the latest financial year, with the Dublin-based carrier filing its first profit warning in 10 years.

According to the man behind Ryanair, Michael O'Leary, there has been a perceptible dip in future bookings, an announcement that sparked a nosedive in the company's share price.

It's too early to say that consumers have grown tired of being treated as sardines on cut-price airlines, or that they object to hidden charges on baggage and ticket printing, but if that is the case then it's not before time.

AS a final word, keep an eye on Germany during the next few months as a consumer revolt grows over high electricity charges.

The problem, which is also surfacing in Australia, is that green power from wind and solar is expensive, so much so that Europe's industry commissioner, Antonio Tajani, forecast "an industrial massacre" as industry migrates to regions with cheaper power, especially North America.

If the German economy does shrink because of high power costs, expect that to be a major talking point as the new Australian government seeks to kill the carbon tax.