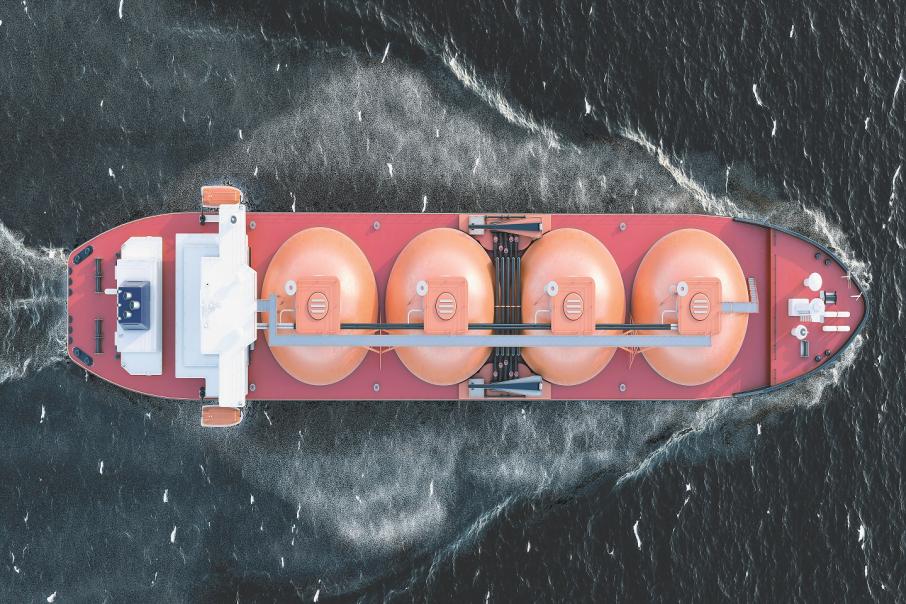 ON THE WAY: The LNG market is facing a wave of oversupply and price pressure. Photo: Stockphoto

Western Australia’s dream of an LNG boom might not be killed-off so much by any new version of an Environmental Protection Authority-style carbon emissions manifesto, because shifting market conditions could have already delivered a significant blow.

In what seems like a parody of the joke about there being no crocodiles on a Kimberley beach because the sharks cleared them out years ago, the LNG business is being hit by a wave of oversupply, falling prices, and new environmental laws that add to costs.

The change in market conditions and the doubt introduced by the EPA has triggered a widespread downgrade by investment banks of the outlook for LNG and for WA’s two biggest potential developments – the Browse and Scarborough projects of Woodside Petroleum.

Macquarie Bank is the latest to raise doubts about Scarborough and Browse, even as Premier Mark McGowan and federal opposition leader Bill Shorten try to talk up LNG projects in the face of a storm over carbon emissions and climate policy.

But the real damage to the state’s hope for a jobs bonanza from a multi-billion-dollar LNG project development boom was done a few days earlier when Credit Suisse downgraded its investment recommendation on Woodside to a ‘sell’ because the company “is in a difficult position in a crowded LNG market”.

What concerns the banks is an already tough outlook for gas demand being made worse by the uncertainty of Australia’s environmental laws, which could make new LNG projects unbankable.

In a note to clients, Macquarie said the Scarborough project was also facing difficult joint venture negotiations “as well as being higher risk legislatively”.

Browse, the bigger of Woodside’s two LNG projects, had an even worse outlook because the gas in the reservoirs has a high carbon dioxide content.

In a more detailed analysis, Credit Suisse summed up the situation by listing a series of hurdles the WA projects will struggle to clear, including competition from other LNG projects such as a big development in Mozambique, cheaper sources of gas from rivals such as Qatar, and the appeal of other possible LNG developments, which include a Shell project in Canada.

“Clearly, there are going to be schedule delays for the majority of the projects, and the only projects to progress are either those that are most advanced today (Mozambique), the cheapest (Qatar), geopolitically motivated projects (US gas for China after the trade war ends), and large producers maintaining market share (Russia with its Arctic two project),” Credit Suisse said.

“To be clear, we do think that Woodside and Oil Search (a Papua New Guinea LNG specialist) can sanction their LNG growth, but our analysis suggests it will be delayed or have to accept a lower (gas) price.

“Interestingly, the current wave of prospective new supply is being led by the US, Russia and Qatar, accounting for roughly 70 per cent of total proposed capacity additions in the next four years.”

Not said, but deeply significant, is that those three countries are not as heavily influenced by new carbon emissions laws, or they are simply ignoring what the environmental protection agencies in countries such as Australia are recommending.

Of Woodside’s Browse project Credit Suisse said financing requirements in a crowded LNG market meant that: “Something has to give, and investors will be disappointed in the process”.

The WA government is also likely to be disappointed if Macquarie and Credit Suisse are correct.

And while both banks suggest the LNG market is the biggest problem, there is also the issue of compliance with government environmental laws, which are opaque at best. This has led to a situation whereby politicians are urging the project developers to proceed, while the EPA (a government agency) applies its interpretation of international law.

Credit Suisse believes Woodside’s share price will fall by 10 per cent over the next 12 months to around $31.12 as pressures in the oversupplied LNG business continue to rise.

The bank also believes that a final investment decision on both Browse and Scarborough will be delayed with a slowdown in development planning as other projects race ahead.

If there was a level playing field, WA’s proposed LNG developments might be able to beat rivals such as those in Canada, Russia and the US, but the recently added design and cost burden of neutralising carbon dioxide emissions mean it is unlikely Browse or Scarborough will proceed in the short term.