Any complacency on behalf of Australia’s banks may be ratcheted down a notch as some concerning practices are investigated. 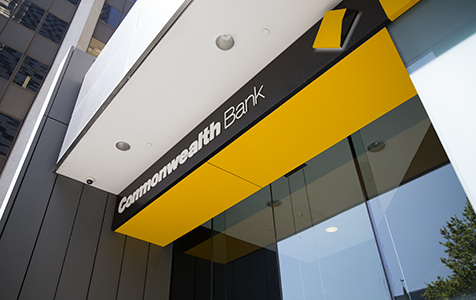 EXPOSED: The Commonwealth is under pressure over practices at its insurance arm, CommInsure. Photo: Attila Csaszar

If cigarettes can only be sold with a health warning, perhaps it’s time we applied similar thinking to the banks.

As extreme as that might sound, there is a deeply disturbing (and growing) list of problems at Australia’s banks that appears to have a common link, which is either due to complacency (at best) or bad management (at worst).

The most recent and most disturbing example of what’s happening is the disclosure about practices at the insurance arm of the Commonwealth Bank of Australia, CommInsure.

In response to subsequent Australian Securities and Investments Commission concerns, ANZ and the National Australia Bank are also reviewing their life insurance operations.

That follows earlier allegations of interest rate fixing, which is being tested in the Federal Court, and evidence some investors have received inappropriate or even reckless advice from financial planners working with banks.

But the latest example of a bank appearing to make an embarrassing mistake involves a small Perth-based mineral exploration company, Impact Minerals.

While not in the same league as the alleged fixing of interest rates, avoiding life insurance payouts or providing dodgy investment advice, there is something worrying about what investors have been told about Impact, which is linked to an early problem with another Perth mining company, Sandfire Resources.

In both cases, Impact and Sandfire, it seems that people providing advice simply did not know what they’re talking about, or relied on the latest tool available to investment planners – robots.

Sandfire’s problem was an amateurish and obviously incorrect research report into its copper mine north of Meekatharra, which was used as a reason for the Australian National University to sell its stake in the stock.

Impact’s problem is a research report by an arm of Nab, NABtrade, which is so wrong as to be farcical and appears to have been compiled by a computer program, or a ‘robot’ as they are increasingly being referred to in the financial planning industry.

Nab declined Bystander’s request to see the NABtrade report, but prominent minerals industry economist John Robertson has seen it, and last week wrote about it for the London-based mining magazine Mining Journal.

What annoyed Mr Robertson were comments that Impact is focused on exploration in Africa, when its top targets are near Broken Hill in NSW, and that Impact has a worse dividend yield than BHP Billiton or the packaging company Amcor.

There can only be one reason why NABtrade has compared Impact, which is an explorer valued at $22 million, with $55 billion BHP Billiton and $16.6 billion Amcor; and that’s because a computerised system, which lacks any sort of human common sense, chose such a ridiculous comparison.

The lesson learned from the Sandfire and Impact incidents is that much greater care needs to be taken by companies publishing investment advice; and while Sandfire’s problem was not bank related, Impact’s certainly is.

Four critical questions have emerged from the list of bank problems.

• Have Australia’s banks grown complacent because they dodged the worst effects of the GFC and have not faced the intense scrutiny and tighter controls banks in Britain, Europe, or the US have?

• Are the interest rate fixing allegations, dud financial advice, life insurance issues, and mistaken comparisons between possible mining company investments (Impact versus BHP Billiton is about as bizarre as it gets) just the tip of a banking-mistake iceberg?

• Have banks moved too deeply into financially linked operations that they simply do not understand, such as insurance, which is a highly specialised business, and financial planning, which requires a personal touch (because everyone’s savings and retirement plans are different and not suited to robot-generated advice)?

What the problems also reveal is that it’s not a single area of banking that is having trouble. There are embarrassing and expensive errors occurring across the spectrum.

If just one part of banking was having problems it might be easy to fix, but when the mistakes, glitches and inappropriate activity are spread across the business, a different approach is required.

And that essentially means looking at the senior leadership teams of all banks.

Currency values and interest rate settings promise to be one of the big issues for the rest of 2016, thanks to the growing problems being created by the global drift into negative interest rates.

While not here, yet, negative rates in Europe and low rates in the US are pressuring the Australian dollar, which has risen sharply and looks like it might continue to rise, thanks to our rates being much higher than any other advanced economy.

What seems likely to happen is that the Reserve Bank of Australia will be forced to cut its official rates to try and drive down the dollar to aid exporters, even if it means risking a fresh outbreak of property speculation.

Whether Australia’s banks will pass on the next rate cut is uncertain, but if the global trend to drive rates down continues it is possible Australian mortgage rates could one day reach levels available in Britain, where 10-year fixed home loans at 2.75 per cent are available – roughly half what a home buyer pays here.