Banks ahead of fundamentals

Amateur investors are continuing to buy shares in Australia's big four banks, which is easy to understand given the eye-catching profit of $6.3 billion reported earlier today by ANZ Banking Group. 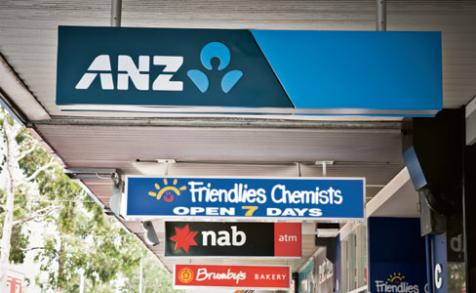 Amateur investors are continuing to buy shares in Australia's big four banks, which is easy to understand given the eye-catching profit of $6.3 billion reported earlier today by ANZ Banking Group.

Professional investors, however, are more likely to be selling.

The difference between what mum and dad investors see in the banks and what hard-nosed experts see is largely explained by the seductive appeal of a fat yield (which amateurs like) versus the limited prospect of future growth (which worries professionals).

Reaction to the ANZ's profit tells part of the story. Within a few minutes of the bank filing its results for the year ended September 30, the stock rose by around 64 cents, or 1.9 per cent, to an all-time high of $34.06, before easing back slightly to around $33.88.

What the amateurs liked was the profit, which is 11 per cent higher than last year, and the fully franked final dividend of 91 cents which takes the ANZ's annual payout to $1.64, up 13 per cent.

For anyone buying at today's share price, that annual dividend represents a yield of 4.84 per cent – or roughly double what an investor would get on a term deposit with the ANZ.

No prizes then for guessing that most of the buying today is from 'yield chasers', especially those people running self-managed superannuation funds where generous tax treatment boosts the yield even higher.

But, and this is a very big but, if the ANZ is so appealing, why are most stockbrokers and investment banks recommending the bank, and its rivals, as shares to be sold, not bought?

The answer lies in the speed at which the banks have risen, and concern that they have gone too far, too fast, and are overdue for a significant correction.

ANZ, for example, has risen by $10.46 (44.6 per cent) since trading at a 12-month low of $23.42 almost exactly 12 months ago. The All Ordinaries index over the same time has risen by 23.6 per cent, a fabulous result but one that pales alongside the tearaway performance of the ANZ.

Australia's other big banks, which will also be reporting their profit results over the next few days, have effectively kept pace with the ANZ.

Westpac is today trading at a multi-year high of around $34.78, up 43 per cent. National Australia Bank, at $36.90 is up a whopping 60 per cent. Commonwealth, the only bank to fall slightly today is still up 35 per cent from its low point of the past 12 months.

Collectively, and this will generate consumer and union reaction to the share prices, Australia's big four banks are now valued at more than $400 billion – and that, according to seasoned analysts, is quite far enough.

The common view from analysts is that the share prices of all of the banks have run ahead of underlying fundamentals. JP Morgan and Merrill Lynch are tipping ANZ as a 'sell'. Credit Suisse and Macquarie are neutral. Citi says 'buy', but might soon be reconsidering that advice as its share price target for ANZ is $31, the best part of $3 less than today's price.

It is possible that some of the investment analysts are being too pessimistic and are simply reacting with herd-like instinct to a sector of the stock market that has risen far more quickly than expected.

From both sectors, banks and property, there is the unmistakable sound of warning bells ringing, much like you hear at a railway crossing. Just don't be halfway across the tracks when the correction train comes roaring through.