The man at the centre of a $126 million alleged betting scandal has been placed in bankruptcy by the Federal Court, forced to represent himself amid what he described as a “media frenzy”. 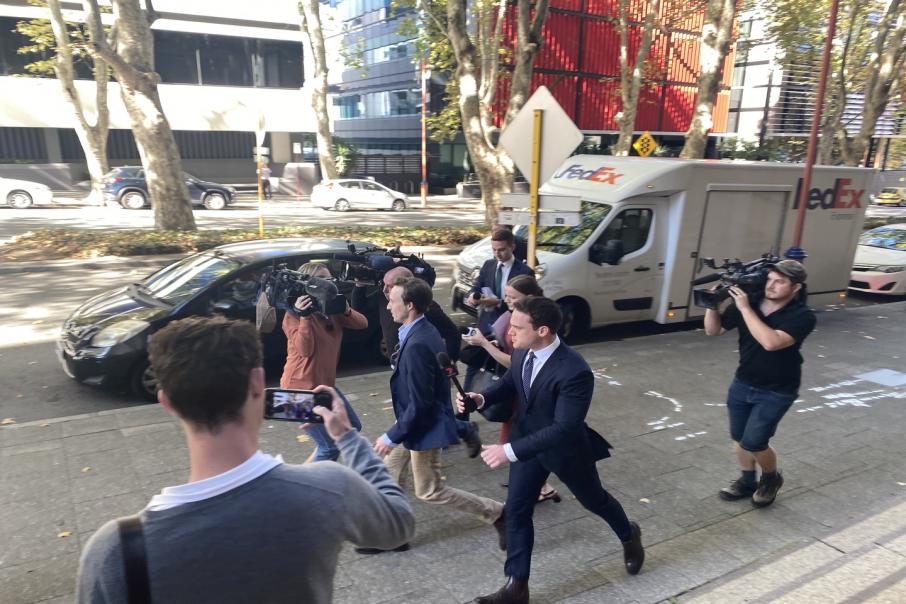 The man at the centre of a $126 million alleged betting scandal has been placed in bankruptcy by the Federal Court, forced to represent himself amid what he described as a “media frenzy”.

Christopher Michael Brown, 27, faced court this morning after his grandparents Clarence and Joan Donovan launched legal action in December in a bid to recover the $80,000 he owed them; legal action that was later taken over by Subiaco-based boutique corporate advisory and investment firm Empire Capital Partners.

During the hearing, Justice Darren Jackson granted a sequestration order against the estate of Mr Brown, under which see a trustee will be appointed to manage his assets, and ordered that the contents of the estate be used to cover more than $4,000 in legal costs.

Today's court hearing had been delayed three times before being complicated by a second court case launched against Mr Brown by a suite of creditors he admits he owes more than $126 million as part of a complex betting scheme.

Property developer Adam Fletcher, who is allegedly owed more than $13.5 million, launched the legal action, which resulted in the Federal Court appointing KPMG’s Matthew Woods and Hayden White as receivers to the property of Mr Brown and his company, CMB Investments, on March 25.

Under the order, the pair have been given the authority to take control of any bank account, betting agency account or other third-party account in Mr Brown’s name with a host of organisations, including NAB, ING Bank, Bank of Queensland, Macquarie Bank, Pointsbet, Ladbrokes, and Sportsbet.

While acknowledging the orders would have a drastic effect on Mr Brown’s ability to access his assets, Justice Jackson said Mr Brown had failed to disclose his financial position and that there was no evidence that his assets exceeded his liabilities.

During today’s hearing, Mr Brown sought an adjournment until May 25, insisting that he remained confident that the report KPMG was compiling would prove his solvency.

Mr Brown was forced to represent himself after law firm HopgoodGanim filed a notice of intention to cease acting for him, a move he claimed came about as a result of a ‘conflict of interest’.

Mr Brown would not be drawn on the nature of the alleged conflict, but insinuated that the “media frenzy” surrounding the case in recent weeks had hampered his attempts to gain legal representation.

He told the court he had met with MGM O'Connor Lawyers in an attempt to secure legal representation, but Justice Jackson found insufficient evidence to back up his claim that he had a financial backer willing to foot the bill.

Mr Brown had already filed a notice of grounds of opposition, claiming that he was solvent and would be able to get the money to the creditors, and that most of the attempts to serve him had occurred at his mother’s home.

“It has been a bit of a shambles in terms of the documents,” he told the court.

“The only time I have physically received a notice was in January of this year.

“I am confident that the KPMG report that will be released on May 25 will prove that I am solvent.

“My focus has largely been on the bigger case. This has been in the background.

“I believe that there are grounds for the court to use its discretion to look at the overarching situation at hand, which has resulted in my assets being locked up as part of a larger case.”

But Justice Jackson refused that request, stating that there was no evidence that media attention had in any way prohibited Mr Brown from securing legal representation, and that Mr Brown had not proved that his assets exceeded his liabilities or that he had funds readily realisable.

“The freezing orders must also be acknowledged, which are likely to have had a drastic effect on Mr Brown’s ability to access his assets and that that is ongoing,” Justice Jackson said.

“This substantial impediment does not prove that there will be any such ability to pay those liabilities if and when they become available.”

Justice Jackson said he was satisfied that the conditions for a sequestration order had been met.

Outside the court, Mr Brown told reporters that he understood the reasons for Justice Jackson’s judgment.