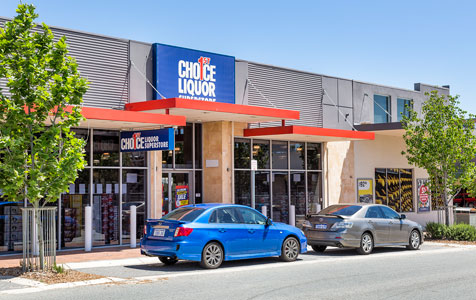 A retail property in Baldivis, anchored by bottle-shop First Choice Liquor, has sold to a private investor for $7.9 million.

The sale was brokered by Vend Property managing director Jeff Klopper on behalf of owners Redcliffe Holdings and Auspacific.

Mr Kloppers said the sale achieved a yield of 6.04 per cent.

The property, located at 5 Settlers Avenue, was sold via auction earlier this week and is subject to a 15-year lease to First Choice Liquor.

Meanwhile, a new medical centre is set to be established at Cottesloe Central, after Azure Medical Cottesloe signed a lease to take up 415 square metres on level one of the centre.

The medical centre will comprise a full-service GP practice with a focus on preventative medicine, anti-obesity, anti-ageing and executive health.

Also in the commercial property space this week, Central Institute of Technology and Secure Parking are gearing up to move into a recently completed building at St Johns Lutheran Church in Northbridge.

A leasing campaign for a pair of retail tenancies in the building, handled by JLL, is ongoing.

Rowe Group senior project manager Abdul Mousli said the initial plan was to build a four-level building with an underground car park, but it was eventually scaled back to include a hall for church use and three retail or commercial tenancies and the car park.

“The concrete slab has ‘future proofed’ the site by enabling an easier and cleaner build when the church decides to add a second or third level in the future,” Mr Mousli said.

The building is located on Aberdeen Street adjacent to the historic 78-year-old St Johns Lutheran Church.