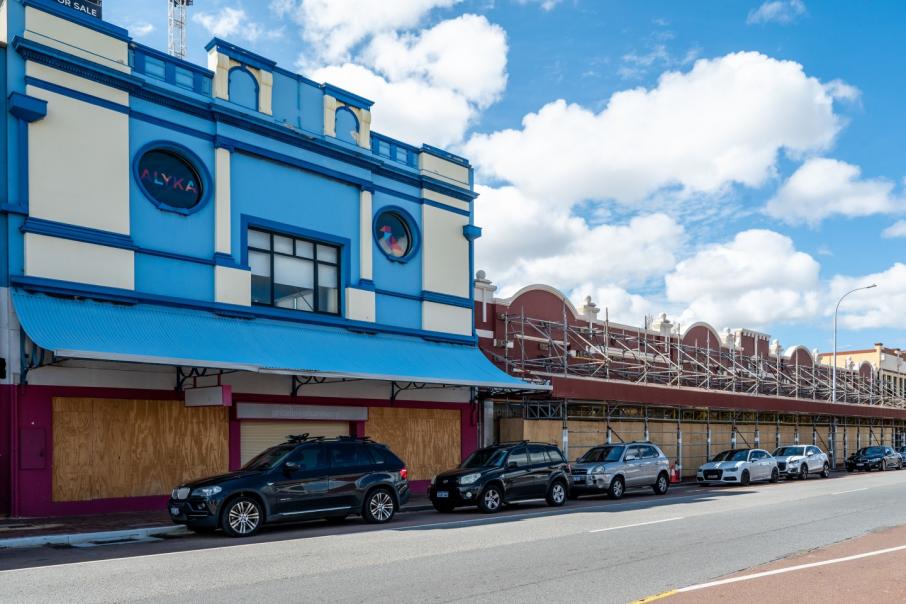 In late August, the City of Subiaco council endorsed a new development plan outlining its vision for the future, ending a nine-month process.

The planning framework was touted as one that struck a balance between enabling redevelopment and responding to the precinct’s heritage, and would help guide future development, the approval of which would hinge on the degree to which it conforms with the plan.

But it was the heritage protections included that have led to a standoff between the council and the site’s largest private landholder, which warned the plan could render its $250 million proposal to develop the site into a commercial and retail precinct unworkable.

At the centre of the dispute are 424-436 and 440 Hay Street, the former a colourful row of seven shops built in 1912 and the latter the state’s first purpose-built cinema, constructed in 1921, and owned by developer Sanur.

Despite major modifications undertaken during the 1980s, the buildings’ façades remain, and the city considers it “contributory” to the site’s heritage and character.

In February, a structural engineering assessment of those façades, which lean over Hay Street, indicated they were unstable and at risk of collapse, prompting a five-month closure of a large portion of the popular cafe strip.

Sanur wanted to demolish the buildings, but the city fought to protect them.

The dispute made its way to the State Administrative Tribunal after Sanur attempted to have a conservation notice and a building order to stabilise the buildings exchanged for one that allowed for their demolition, with the tribunal ordering stabilisation works but setting aside the heritage conservation notice.

Under the new plan, the partial demolition of a building deemed to hold heritage value would only be considered where it is not perceived to contribute to the character of the area or is not the structure’s original fabric.

The city’s position to retain the structures is supported within the community and by prominent heritage architects John Taylor and Stephen Carrick.

In May, the pair told council the demolition of the buildings would result in the loss of significant cultural fabric.

The heritage protections were also backed by Griffiths Architects, which said the removal of the buildings would be unacceptable and warned that the impact of any proposed removal needed to be weighed against the overall benefit of the development to the area.

Sanur supported parts of the vision but expressed frustration at the city’s decision to address 424-436 and 440 Hay Street as heritage buildings, arguing that it had “muddied the waters” and distorted the public consultation process.

With the bulk of the buildings’ fabric dating from the 1980s onwards, Sanur director Cara McIntyre has repeatedly rejected claims the buildings have heritage value.

The shops remain boarded up, with their façades supported by scaffolding erected by Sanur at the request of the tribunal, which continues to progress its redevelopment plans with the State Development Assessment Unit.

In a statement, Sanur consultant Malcolm Mackay said the company was confident it could deliver the plan’s vision and had lodged a development application that would do just that.

But he warned that, if Sanur could not develop in a viable form, the Hay Street shops would remain boarded up and hidden behind a wall of scaffolding, likening the situation to the Pavilion Markets.

Subiaco Deputy Mayor Stephanie Stroud stood by council’s plan, suggesting that “chipping away” heritage buildings which formed the DNA of Subiaco could set a dangerous precedent.

A City of Subiaco spokesperson told Business News the city could not comment on the document while it was in caretaker mode ahead of the local government elections.

The Heritage Council of WA has already rejected an application to add the buildings to the state’s heritage list, but the city insists they are important to its heritage.

The dispute, and the city’s ongoing efforts to protect the structures, has raised questions about what constitutes heritage and the delicate balance between the need to protect it while supporting development progress. 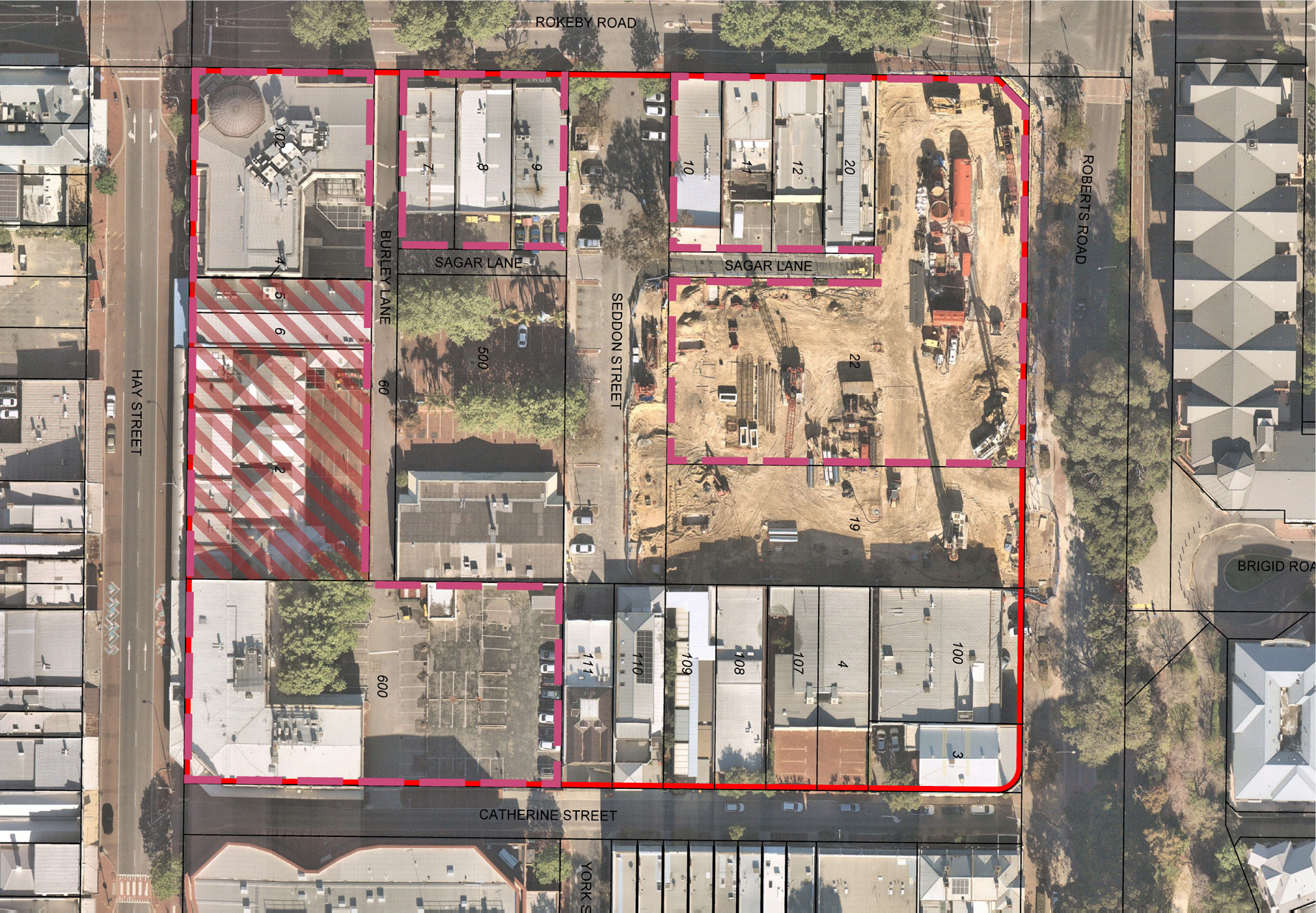 Under the Heritage Act 2018, heritage places are assessed by the State Register using several criteria, including its aesthetic, historic, social, scientific, and spiritual value, as well as its contribution to the state’s history and the extent to which it is intact.

A Department of Planning Lands and Heritage spokesperson told Business News the Heritage Council recognised that the repurposing of heritage places was often the most effective way of ensuring preservation, and that developments of state-registered places were considered on a case-by-case basis to ensure heritage values were protected.

“The strongest heritage values may be in the social value or location more than the structure itself or individual materials used, and ruins can be of state significance,” the spokesperson said.

“It may also be the case that some elements of the structure are unable to be retained or replaced like-for-like.

“The [heritage] council recognises that adaptive reuse of a heritage place is often the most effective mechanism to ensure it is conserved into the future.

“Bringing any building up to building code compliance requires investment.

“It is important to respect the significant cultural heritage elements of a place when considering changes to meet contemporary needs.”

Those hidden costs, stringent approvals, timeframe blowouts, and community protest are among the key deterrents for developers, having previously resulted in heritage structures lying dormant and deteriorating.

Prominent Western Australian property developer Adrian Fini and his company, Hesperia, have emerged as leaders in the heritage space, spearheading the restoration of historic buildings that had sat empty for decades, including the 140-year-old State Buildings and The Rechabite.

While touting the upsides of unearthing the history of buildings, Hesperia director Kyle Jeavons previously described the task as a labour of love, acknowledging the additional costs associated with repairing them and bringing them into line with current building standards.

The Heritage Council and several local governments have recognised this, with many now offering monetary grants to incentivise the rejuvenation of heritage sites.

Four kilometres east of Subiaco’s shopfronts, the Hay Street Mall features several heritage buildings with empty upper floors (which is at the centre of a major campaign by Activate Perth).

The City of Perth has commissioned a report to determine how best to incentivise the modernisation and use of the city’s heritage buildings, with $4 million worth of grants being considered for structural works as part of heritage restoration projects.