Balamara gives up on listing

The board at Balamara Resources took drastic action last week in light of the dramatic fall in the company’s share price during the past 12 months, with managing director Mike Ralston announcing the intention to de-list from the ASX. 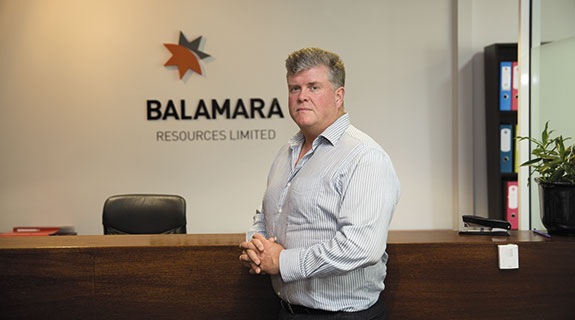 The board at Balamara Resources took drastic action last week in light of the dramatic fall in the company’s share price during the past 12 months, with managing director Mike Ralston announcing the intention to de-list from the ASX.

It’s an unusual move that only two other Australian explorers (Jupiter Mines and Vantage Goldfields) have been forced to take in the past 13 months.

Mr Ralston told Business News that, despite marketing efforts via ASX updates and conference appearances, every piece of good news Balamara announced was met with a further devaluing of its stock, from 16 cents last February to less than 1 cent this month.

“We were not going to sit back and watch the company slide down this greasy pole and effectively end up in a position where the existing shareholders had no value.”

Shareholders need to agree to the delisting but Mr Ralston said the company had the support of its two largest shareholders.

Singaporean financial company Ample Skill and Polish company Carbon Investment, from which Balamara acquired its flagship Mariola coal project in Poland, own about 60 per cent of the company.

Directors hold about a 10 per cent interest and the remaining 30 per cent of shareholders are largely retail investors.

“Unfortunately it’s not a good time to be in coal when you’re listed on the ASX because most of the Australian coal producers have really struggled to reduce their costs in the face of lower international prices,” he said.

However, Mr Ralston believes Balamara’s Mariola and two other coal projects in Poland have unique value because of a combination of high demand for coal in the area, Balamara’s ability to sidestep expensive industrial relations at existing nearby mines, and its projected low-cost mining structure.

He said Balamara would use its recent $4 million convertible loan from Ample Skill to develop its projects, focusing on Mariola first, which is at pre feasibility study stage.

He said once the projects were more highly valued Balamara would look to relist on the ASX within 12-24 months.