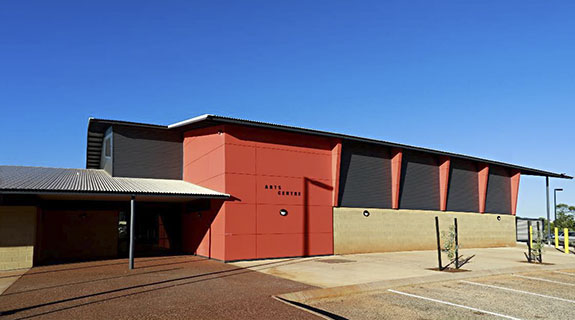 The new arts centre at Broome SHS, completed by Badge in June 2014.

A contract is expected to be signed in September, with work beginning in October so as to deliver the first four schools in time to open for the 2017 school year.

The estimated $370 million project includes primary schools to be built in Landsdale, Alkimos, Baldivis and Byford, and high schools in Ellenbrook, Lakelands, Hammond Park and Harrisdale.

EduWest will now begin the process of creating designs to meet the state’s technical requirements.

Education Minister Peter Collier said the design of each school would be similar to other new public schools.

"The schools will also be based on ecologically sustainable design principles, with a particular emphasis on reducing energy consumption," he said.

In January EduWest was amongst three consortia shortlisted for the project, which will see the winner of the contract build the schools and maintain them for a 25-year period.

Under the contract, the Eduwest consortium will finance the construction of the schools, and receive payment over the 25-year maintenance period.

This is to be the first contract of this type for Western Australia’s state education system, after similar PPP schemes delivered new schools in NSW, Queensland, South Australia and Victoria.

Mr Collier said the PPP model would keep the buildings maintained to a higher standard over the 25 years of the contract.

"Principals and teaching staff will be able to focus on education, with infrastructure and maintenance needs handled by the company," he said.

Perkins, which is based in Bunbury, has had several contracts to build new school gymnasiums and teaching blocks in the past year.

The company also recently began work on the $4.4m first stage of the Cornerstone Christian College primary school in Dunsborough.

Adelaide-based Badge started the year with a $12.1 million deal to build the Trinity primary school in Alkimos

The two other consortia shortlisted for the PPP in January were a partnership of Decmil Group, Programmed Maintenance Services, and Cockram Construction; and a consortium of Plenary Origination, Pindan, and Compass Group.

Decmil and Programmed have both achieved recent success in winning contracts from the New Zealand Ministry of Education.

Decmil won a contract last month to build a school in Christchurch as part of a $NZ1.4 billion project to rebuild and repair schools in the earthquake-stricken city.

In February Programmed was part of a consortium with two Auckland-based companies that won a PPP to build and maintain four schools in NZ.