A team at Murdoch University is seeking to commercialise new technology it says has the potential to revolutionise wastewater treatment and save cities big bucks. 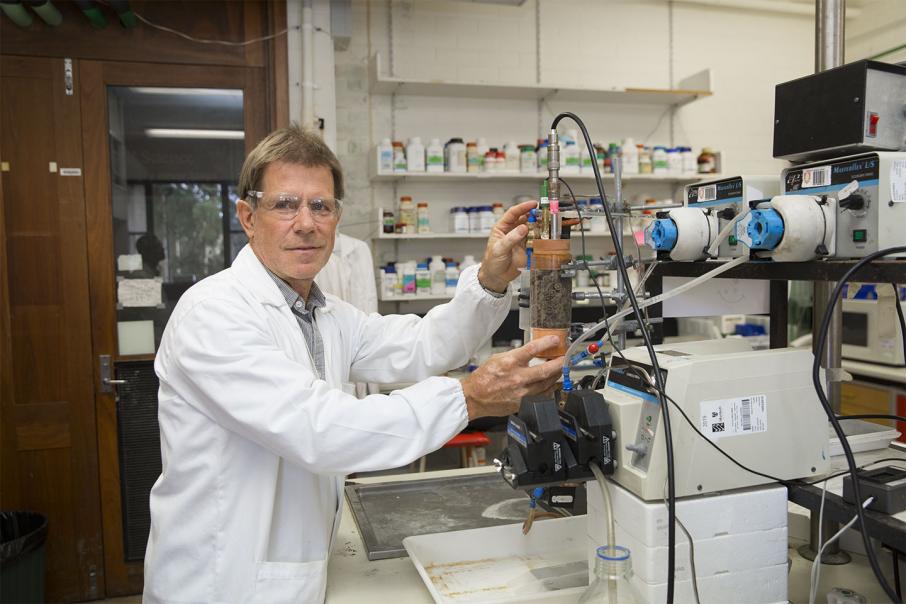 Murdoch University scientist Ralf Cord-Ruwisch wants Australia to dramatically cut power use in wastewater treatment, a system which was last upgraded a century ago.

“It is a process that costs every city a serious amount of their energy costs; the water bill people pay for is largely driven by the costs for cleaning the water,” Dr Cord-Ruwisch told Business News.

Much of the electricity required during the process is to pump oxygen into deep water to feed the bacteria responsible for breaking down and processing organic waste.

“This is not a very energy efficient process as these air bubbles are only about 20 per cent oxygen and the rest of it is nitrogen, which isn’t required,” Dr Cord-Ruwisch said.

In their efforts to change this equation, Dr Cord-Ruwisch and his team have proposed a process of ‘passive aeration’, whereby water is drained from the treatment reactors, leaving the bacteria behind on a supported biofilm (microorganisms adhered to a surface) and exposing them directly to open air for a period of time.

The exposure allows the bacteria to take in oxygen more efficiently before being re-submerged for about five hours at a time, to absorb more pollutants.

“This is similar to the way in which a whale floats on the surface of the water, taking in enough oxygen from the air into its lungs to sustain itself before it submerges,” Dr Cord-Ruwisch said.

He said the new technology had the potential to halve the wastewater industry’s electricity consumption.

Dr Cord-Ruwisch and Jiangsu University professor Liang Cheng have been working to develop the new process for about five years, in addition to about a decade researching the biology of wastewater.

With a patent application currently pending, the team has formed a company that plans to develop the processing plant on an industrial scale to prove its effectiveness.

“Normally, if you have small improvements you publish the findings in international journals so other people read your improvements and build on that,” Dr Cord-Ruwisch said.

“But because it was so radically different and so promising, it seemed a better idea to secure the intellectual property.

“We’re currently talking with various potential partners interested in this because they can calculate how many hundreds of thousands of dollars per year of loss they have because of unnecessary energy expenses.”

He said construction was currently under way with one of the partners.

“It used to be the main goal of scientists was publishing papers and reaching other scientists through research,” Dr Cord-Ruwisch said.

“But neither the public nor the political leaders think this is the best measure of impact; people want to know whether you can reach and have impact in the real world.”

He said the company was focused on developing innovations around bioprocesses, and would deliver royalties to Murdoch for any innovations developed out of the university.

“Just as examples of what we are working on, one project is around bio-fermentation, one is this wastewater treatment component, and we’re also working on low energy desalination technology, which will come out of Murdoch in the next two months or so,” Dr Cord-Ruwisch said.

It’s expected the biggest customers for the new wastewater process would be water utility operators such as Water Corporation in Western Australia and Unitywater in Queensland.

“But no-one is happy to take the risk, especially in Australia,” Dr Cord-Ruwisch said.

“You need to build evidence over time with small treatment plants or potentially move elsewhere where people are a little more embracing of innovation.

“Once you have a large enough plant built you can use it as evidence that the technology is now proven but it’s a path that will take a few years.”