BHP has provided an insight into modern mining, highlighting the role played by mathematicians and data scientists while revealing it faces a shortage of old-fashioned trades like train drivers. 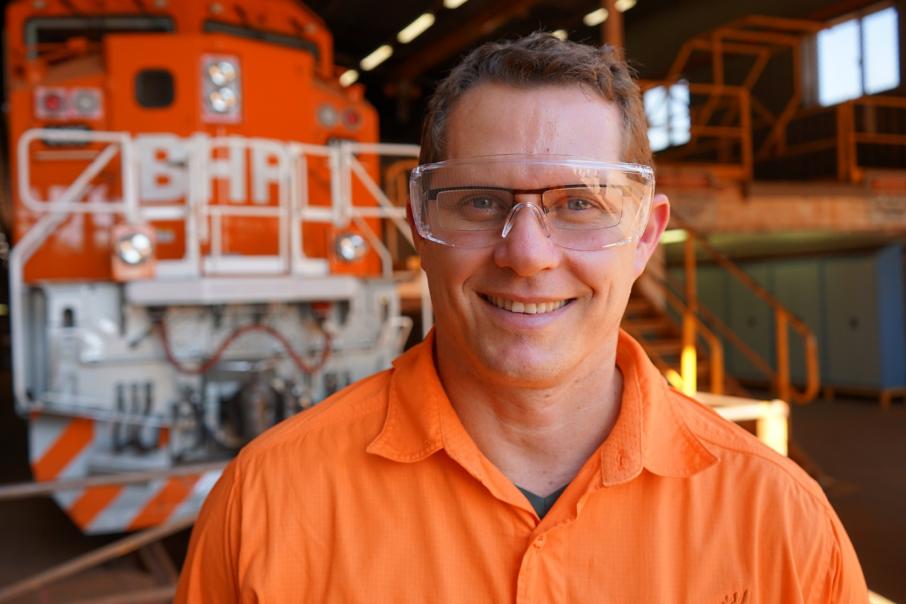 BHP has provided an insight into modern mining, highghting the role played by mathermaticians and data scientists while also revealing it faces a shortage of old-fashioned trades like train drivers.

The mining giant disclosed today it plans to hire 200 train drivers to help address what it called a critical skills shortage in Western Australia.

Speaking at the Austmine conference in Perth, he said BHP was fast-tracking the delivery of critical maintenance trades and qualifications through its FutureFit Academy.

In that context, he said it would recruit 200 new train drivers as trainees.

“Our train drivers are a vital part of our pit to port value chain and the new traineeships will create rewarding careers for those who choose to join us,” he said.

His announcement comes after many other mining companies, including Rio Tinto and Mineral Resources, said they had been adversely affected by skilled labour shortages.

This includes an acute shortage of truck drivers.

Mr Craig said BHP was investing heavily in education, noting it has alliances with Curtin University and the University of Western Australia to better connect their courses with the future needs of the mining industry.

He also highlighted the role played by a team of data scientists, mathematicians and engineers, to illustrate how mining is changing.

“What makes this team unique is that they have been able to combine advanced analytics techniques with expert knowledge from our operations, to allow BHP to make more accurate decisions faster, with less human error,” he said.

“The advantage of this approach is that we are now able to translate the physical into the mathematical and solve really complex problems that are often beyond the reach of simple conceptual models.”

Mr Craig illustrated the team’s value with two examples, including one from its rail business.

He explained that rail grinding was the cornerstone of maintaining the integrity of virtually every railroad.

“You need to grind the track to maintain optimum rail performance and rail life,” he said.

“If you grind too much, you consume too much track time and track life.

“If you grind too little, you risk defects on the track, which creates a safety and reliability issue.”

Mr Craig said grinding the track accounted for around 30 per cent of all track possession activities – the highest amount of hours that takes BHP’s rail systems offline.

Planning for this work involves many factors – the size and complexity of the network, the grinding machine availability, and constraints such as crew size, shutdown work and extreme weather conditions.

“Our team took this physical challenge and translated it into a mathematical model that found new solutions,” he said.

“Through this, they were able to adjust the grinding plan – providing a 45 per cent reduction in our annual grinding hours, and around 94 per cent increased compliance.”

“Our data scientists and mathematicians, working alongside the operations team on the ground, used algorithms to identify the high and low performing routes at our car dumpers, which reduced dump times and positively impacted vessel line-ups,” he said.

“We were able to lift outflow capacity by approximately 1.4 million tonnes per annum, simply by optimising the way we select our routes to transport iron ore, with no capital investment required.”

BHP’s move to driverless trucks is another change that has delivered large efficiency gains.

At the Jimblebar mine, where BHP has its first autonomous fleet, it is running trucks consistently up to 7,000 annualised hours.

“This was not considered feasible only a few years back,” Mr Craig said.

He also spoke about the impact of BHP’s DASH maintainer tool.

It allows workers to complete diagnostic and calibration work remotely, avoiding the risks associated with manually checking equipment or taking readings from trucks, excavators, drills and dozers while they are energised.

“And all it takes is a network of sensors and actuators to be permanently fitted to the vehicle,” Mr Craig said.

“This technology reduces maintenance service time and gets the equipment back out into the mine faster.

“It also makes the work easier and more accessible for people with different abilities, which is supporting our culture and diversity.”

Mr Craig said this was a great example of METs collaboration.

“I am really pleased that we are collaborating with Komatsu to develop this technology globally,” he said.

“And DASH is only one example – only the beginning of what is possible.”