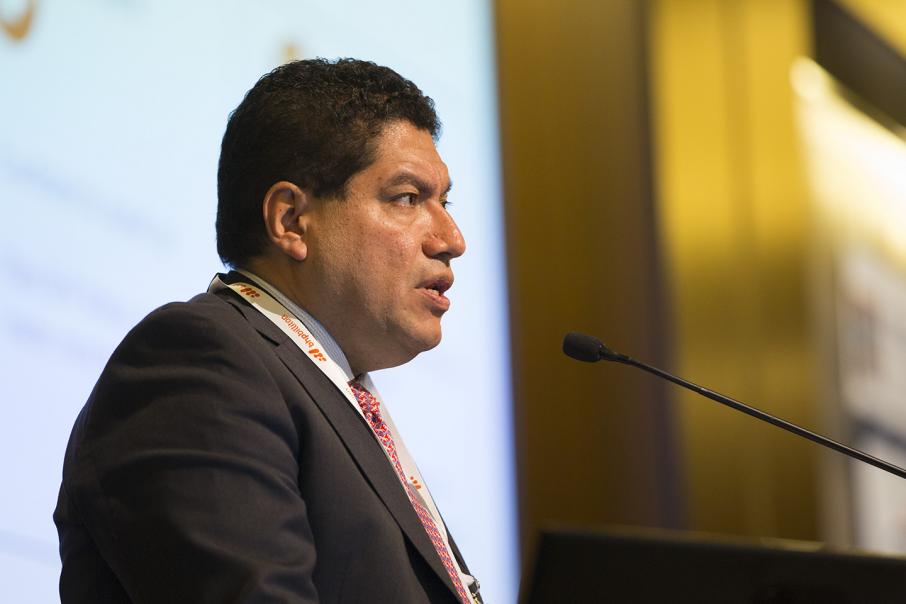 Mr Basto said the failure of the Nationals policy, and the new Labor government’s position on the issue, suggested the state’s investment environment was more stable, although he wouldn’t be drawn on exactly when a decision on the project, which would have a capacity of around 80 million tonnes per annum, would be finalised.

South Flank, in combination with nearby Mining Area C, would be the world’s largest iron ore mining and processing centre, Mr Basto said.

“The people of WA dismissed the potential policy for an additional tax and they showed it in the way that they voted in the last election,” Mr Basto told media after a presentation at the Global Iron Ore & Steel Conference today.

“We’ve spoken with (new premier) Mark McGowan and he confirmed that they’re ruling out additional taxes.

“Those are good signals that people understand how important the industry is for the region.”

Any WA projects would need to compete for capital with other potential BHP Billiton investments globally, such as in copper, he said.

“When you look at the potential impact of a policy that could create a significant erosion of our competitive position, $1.2 billion more per year on taxes, that was going to weigh on our decision,” Mr Basto said.

“We still need to go through the approvals but I’m sure the fact that we don't have (the new tax) is going to be a big plus in terms of how the project stacks up compared to other projects in our portfolio.”

The Nationals took a policy to the recent state election of lifting the iron ore rental rate from 25 cents to $5 per tonne, in addition to the 7.5 per cent value tax currently levied on the industry.

At the current price, that would mean a near doubling of the taxes paid by miners, although it was only to be levied on the two biggest, BHP Billiton and Rio Tinto.

Despite the loss of two lower house seats, both in mining areas (and including leader Brendon Grylls’ Pilbara seat), the Nationals have vowed to push on with the tax rise policy.

Mr Basto said the South Flank mine would be needed as a replacement for ore from the existing Yandi mine, which will be depleted in the next five to 10 years.

That meant work on permits, environmental and mining studies would be needed now, he said.

“We need to get some synergies with (nearby mine) Area C. South Flank is just 10 kilometres from Area C and it’s a good opportunity for us to leverage (that),” Mr Basto said.

Also today, Rio Tinto managing director of planning integration and assets, Kellie Parker, said first ore was expected from the new Silvergrass mine in the second half of this year.

That would bring about 10mtpa of replacement capacity online.

“Silvergrass is not the lowest cost operating mine but it enables blending of high phosphorous material from other mines creating additional value,” Ms Parker said.

It is all part of a broader strategy to focus on value rather than volumes, which will be a secondary consideration, she said.

“Volume is an outcome rather than a driver,” Ms Parker said.

The biggest project on the company’s radar, Koodaideri, would still be expected to enter production in 2021 if it were to go ahead, she said.