BHP Group has posted an 8 per cent fall in first-half underlying profit to $US3.7 billion ($5.2 billion), which it attributed to production disruptions and lower commodity prices. 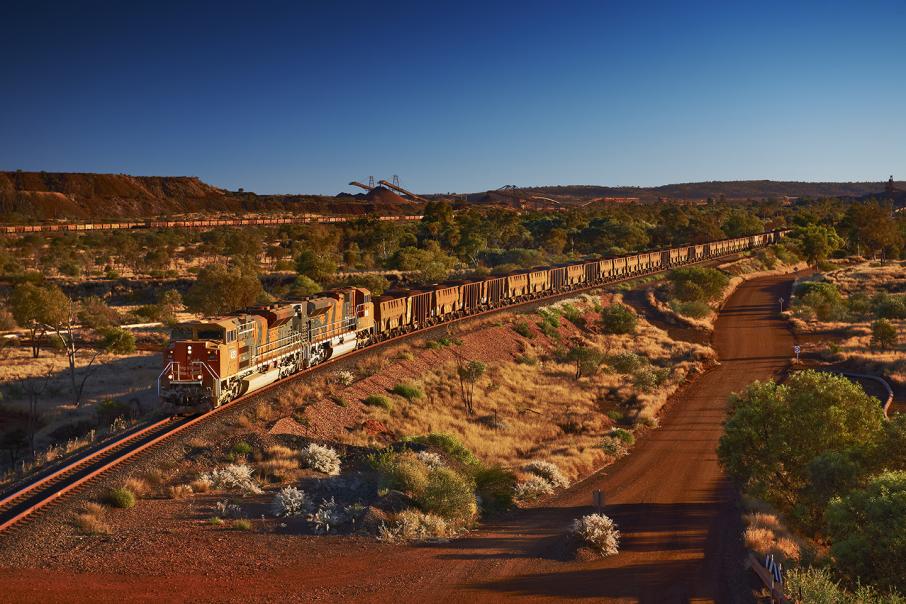 BHP's train derailment near Newman in November impacted its profit.

BHP Group has posted an 8 per cent fall in first-half underlying profit to $US3.7 billion ($5.2 billion), which it attributed to production disruptions and lower commodity prices.

The company’s revenue for six months to the end of 2018 rose 1 per cent to $US20.7 billion ($29.08 billion), compared with the prior corresponding period.

BHP’s directors declared an interim dividend of US55 cents ($A0.77) a share, the same as last year.

In January, the company highlighted a $US600 million ($840 million) fall in first-half earnings due to production disruptions at its copper and iron ore operations.

In Western Australia, the company was forced to derail a train pulling 268 wagons of iron ore travelling from Newman to Port Hedland.

At its Olympic Dam copper, gold, silver and uranium mine in South Australia, BHP was affected by an unplanned acid plant outage in August, and in September a plant fire at its Spence copper mine in Chile halted operations.

BHP said its South Flank project was 21 per cent complete and remained on schedule and budget.

BHP chief executive Andrew Mackenzie said a strong second half was expected to partially offset the impacts from operational outages in the first half, with unit costs across the business forecast to improve.

“We have a portfolio of attractive development opportunities and have recently approved the West Barracouta and Atlantis phase three projects in petroleum and had early success in our oil and copper exploration programs,” he said.