BHP has produced first ore at its $4.7 billion South Flank mine, which features autonomous trucking, 40 per cent female employment and 15 per cent indigenous employment. 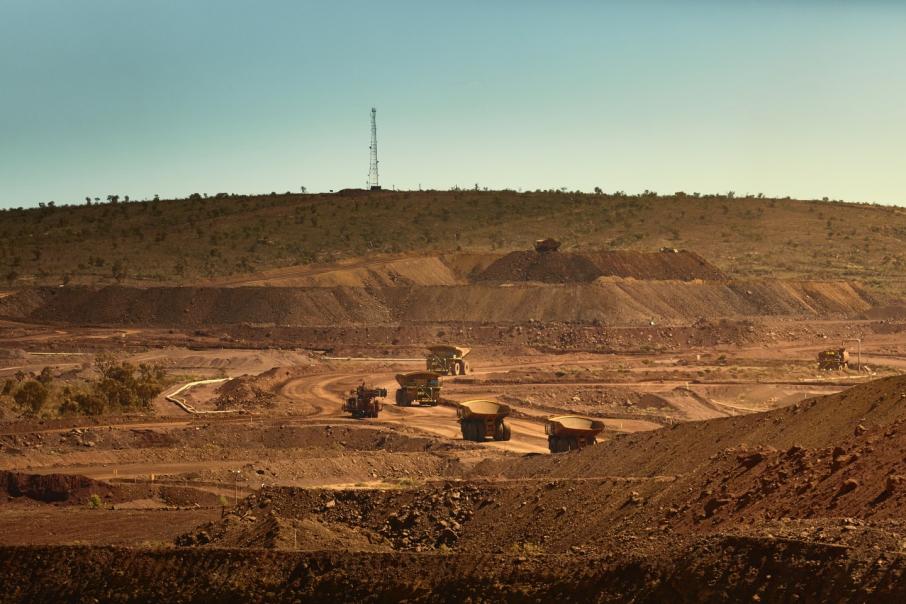 BHP says South Flank will be the most technically advanced, high quality iron ore mine in WA. Photo: BHP

BHP has produced first ore at its $4.7 billion South Flank mine, which features autonomous trucking, 40 per cent female employment and 15 per cent indigenous employment.

The company said South Flank will be the most technically advanced, high quality iron ore mine in Western Australia.

Together with the existing Mining Area C, it will form the largest operating iron ore hub in the world, producing 145 million tonnes each year.

BHP President Minerals Australia Edgar Basto said the mine had been delivered on time and on budget.

About 600 people will be employed at South Flank, which will replace production from some of BHP’s old mines and help the group sustain current output levels.

It will increase the average iron ore grade from BHP’s WA operations, from 61 per cent to 62 per cent, and the overall proportion of lump from 25 to 30-33 per cent.

That should enable BHP to attract a higher price.

Mr Basto noted that South Flank is on Banjima country, adding that the mine would not have been possible without their support and collaboration over many years.

“We are proud of our longstanding partnership and strong working relationship with the Banjima people, and we thank them for their vital contribution to this success,” he said.

BHP has previously disclosed that its development plans at South Flank were modified aftet the backlash over last year's Juukan Gorge issue.

In particular, BHP said it would not destroy certain Aboriginal heritage sites despite obtaining section 18 approvals under the Aboriginal Heritage Act to do so.

The start of production will result in continued royalty compensation payments to the Banjima Charitable Trust, which already receives payments related to Mining Area C along with various Rio Tinto and FMG mines.

The South Flank project involved construction of an 80 Mtpa crushing and screening plant, an overland conveyor system, stockyard and train loading facilities, procurement of a new mining fleet and substantial mine development and pre-strip work.

South Flank has a ‘capital intensity’ of US$45 per tonne – approximately half of BHP’s last major iron ore project, Jimblebar.

By comparison, the benchmark price for iron ore is currently about $US210/t, indicating the high profitability of the industry.

Chamber of Minerals and Energy of Western Australia chief executive Paul Everingham said South Flank provided a glimpse of the future of mining and insights into current best practice in the sector.

“The diversity of the South Flank workforce, with 40 per cent female and 15 per cent Indigenous operational staff, reflects the changing nature of modern mining workforces.”

“The modular construction methods used at South Flank reduced exposure to some of the higher risk construction activities that would traditionally have been involved in a major project like this,” Mr Everingham said.

“South Flank has also been designed from the start with a focus on technology and the use of autonomous mining equipment, including haul trucks.

“And the high-quality ore it will produce will provide for a reduction in emissions in the steelmaking processes undertaken by BHP customers.”