The official opening of BHP's upgraded Mulla Mulla village in the Pilbara today adds a key component to the company’s strategy for attracting workers to its iron ore projects. 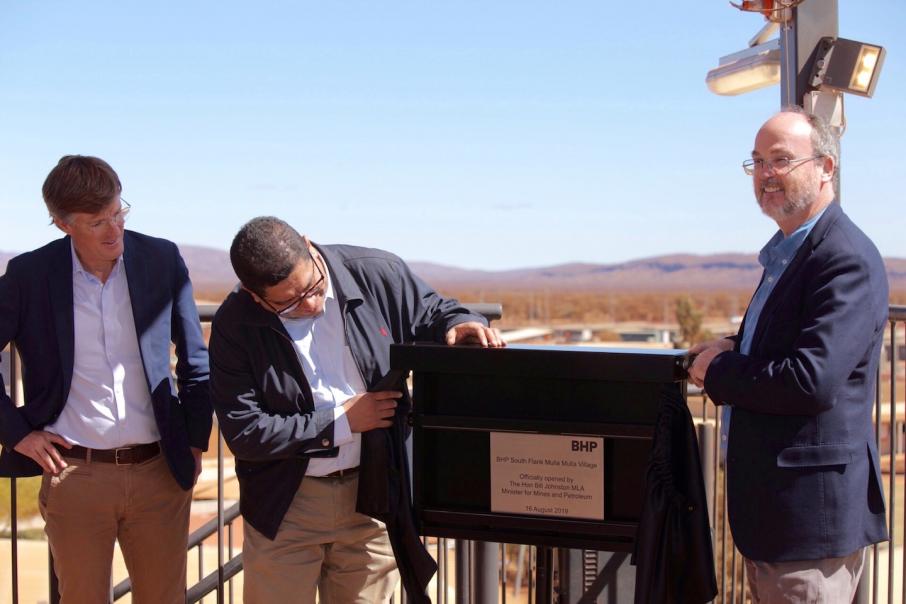 Bill Johnston (right) says the Mulla Mulla upgrades show what can be done when a company is prepared to invest in its workforce. Photo: Gabriel Oliveira

The official opening of BHP's upgraded Mulla Mulla village in the Pilbara today adds a key component to the company’s strategy for attracting workers to its iron ore projects.

The $150 million upgrade to the camp will accommodate up to 2,500 workers, primarily servicing BHP’s South Flank project.

South Flank, being developed at at cost of $US3.6 billion ($A5.3 billion), is set to be the largest iron ore mining operation in the world once it begins in 2021, producing 80 million tonnes of iron ore per annum.

Speaking at the official opening, Mines and Petroleum Minister Bill Johnston praised BHP’s expanded facilities, saying it was the priority of the state government to support the company’s efforts to generate jobs in Western Australia.

“I think [the Mulla Mulla village] shows what can be done to support FIFO workers as they keep in touch with their families and address mental health issues that arise for them in their workplace,” Mr Johnston said.

“It is tough business being a FIFO worker, and the government of WA understands that.

“We can see here at the Mulla Mulla village what can be done when a company is prepared to invest in its workforce to make sure there is a good working environment for people when they’re away from their families.” 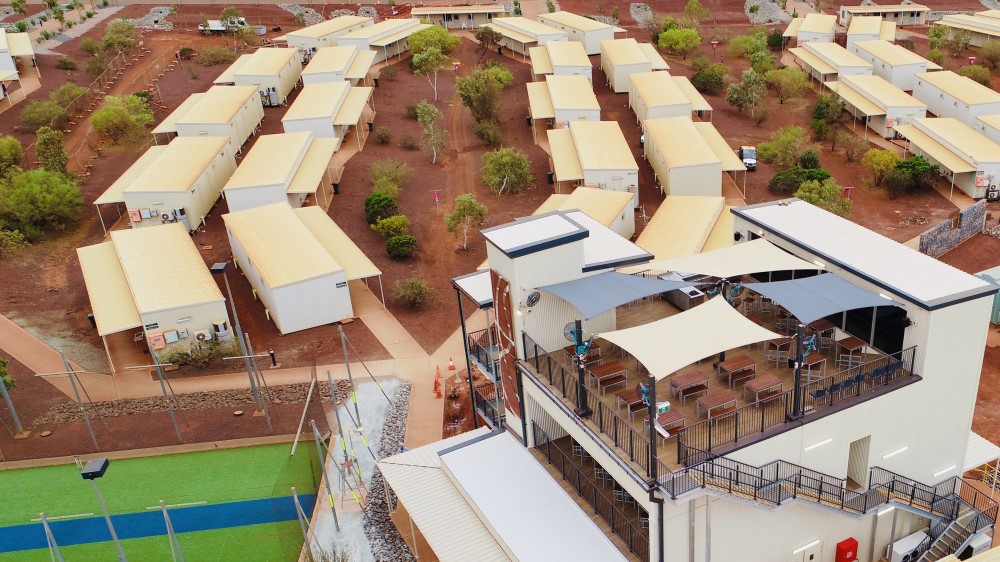 Some of the new Mulla Mulla facilities

Mulla Mulla initially housed 500 workers for BHP when it opened in 2003.

The upgrade and expansion has added 2,000 rooms and 30 laundries, as well as additional recreational amenities, including a library, gym, swimming pool, cafes and a virtual golf range.

Project director Simon Thomas said the new facilities set a standard for villages in the Pilbara region, and that the Mulla Mulla upgrades were designed specifically as a drawcard for attracting workers in a competitive labour market.

“I’m proud to be leading a team that is operating in a way a first for BHP and will hopefully set a standard for how we deliver major projects,” he said.

“South Flank is doing things differently, creating a steep change in the industry in terms of major project delivery.

“For that, we require an engaging, high performing workforce, which means we need to look after our people.”

“South Flank will create around 9,000 direct and indirect jobs during construction and more than 600 ongoing operational roles over the life of the mine.

“Here, we provide an environment where health and wellbeing are a prerequisite for safety and productivity.”