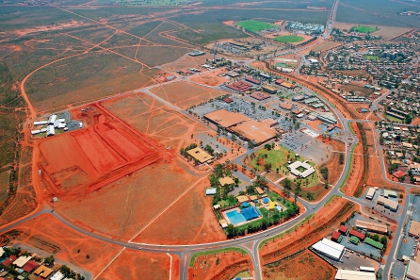 BHP Billiton has become a property player in the Pilbara with plans to develop more than 2.5 hectares of land in the centre of South Hedland, including a five-storey residential complex.

The mining giant was named this week as the preferred proponent to develop the land, cited by the state government as a key component of the revitalisation of the South Hedland CBD.

Regional Development and Lands Minister Brendon Grylls said that in winning the tender BHP Billiton put forward a high quality design responsive to the harsh Pilbara climate that would contribute to the ongoing transformation of South Hedland.

Mr Grylls oversees the Pilbara Cities project which is funded by his party’s policy, Royalties for Regions, which has budgeted $77 million for a two stage development at South Hedland, including a new town square, realigned main street, mixed use development and 750 new dwellimngs on 100 hectares of land.

The surprise choice of BHP comes after the mining giant’s plans to build a camp to house about 6,000 workers near Port Hedland’s airport hit significant roadblocks.

Town of Port Hedland put the brakes on BHP’s proposal, saying it will renegotiate with the miner to reduce the size of the facility following a groundswell of criticism.

But this week neither BHP or the state government were connecting the two projects.

The South Hedland proposal which won a Landcorp tender process includes two-storey town houses and a five-storey residential building for workers, with the ground floor featuring a gym, restaurants and retail space available to the wider community.

Fronting onto Wise Terrace, the five-storey building, featuring 322 rooms, built to a four-star hotel standard, will create a buzz of activity around the recently opened town square. The two-storey town houses fronting Collier Drive will in turn complement the existing residential development within the town centre.

Three commercial units will be offered for lease with BHP Billiton offering low cost housing for staff of these businesses.