BHP has announced a big increase in its interim dividend after delivering strong growth in underlying earnings and presenting a bullish outlook for its key commodities. 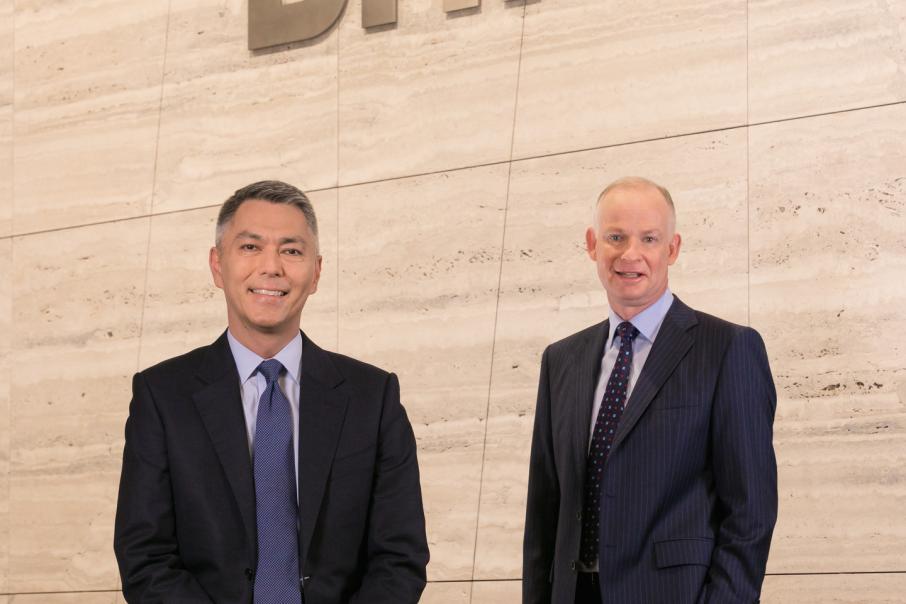 BHP has announced a big increase in its interim dividend after delivering strong growth in underlying earnings and presenting a bullish outlook for its key commodities.

The result reflected a $US1 billion impairment charge on its NSW thermal coal assets in part reflecting softer market conditions.

Underlying earnings rose a solid 16 per cent to $US6 billion on the back of a strong performance in its Pilbara iron ore division.

The miner declared a higher interim dividend of $US1.01 per share, up from US 65 cents in the previous corresponding period.

The dividend was above market expectations.

Chief executive Mike Henry said the first half of the year was strong and the company's outlook for global economic growth and commodity demand remained positive.

"We are well positioned with a portfolio of essential products that will support a cleaner and more prosperous world while generating sustainable returns for our shareholders," he said in a statement.

Mr Henry said copper and nickel would benefit from the global trend toward decarbonisation.

He also anticipated strong demand for steel-making commodity iron ore, which is used in wind turbines and carbon capture projects.

Mr Henry was also positive on the outlook for petroleum, saying the dearth of new discoveries and investment in new capacity would help to sustain prices.

The coal division recorded an underlying loss of $US201 million for the half-year, mostly due to falling prices for coking and thermal coal.

The group had record iron ore production of 290 million tonnes and said it expected to sustainably achieve this level of production over the medium term.

It is seeking regulatory approval to lift its shipping capacity at Port Hedland to 330mt but that is complicated by other miners, notably Mineral Resources and Roy Hill Holdings, also wanting more capacity.

Its new South Flank mine is 90 per cent complete and on track for first production by the middle of this calendar year.

BHP said unit costs in WA iron ore were up by 10 per cent to US$14.38 per tonne due to the impact of a stronger Australian dollar and higher royalties.

However in Australian dollar terms, unit costs down by two per cent reflecting record production volumes.

This excluded the impact of COVID-19, which equated to US56 cents per tonne.

Unit cost guidance for the 2021 financial year remains unchanged at between US$13 and US$14 per tonne, despite reports of skilled labour shortages and cost pressures in the Pilbara.

BHP said in the medium term, it expected to lower its unit costs to less than US$13 per tonne reflecting ongoing improvements across the supply chain.

Mr Henry indicated the group had not been affected by fallout from the Juukan Gorge controversy, which threw a spotlight on Aboriginal heritage.

The miner’s policy is that it will not disturb heritage sites without further deep engagement with traditional owners or if material new information came to light.