BHP chief executive Mike Henry has declared the mining giant is in great shape after a strong quarterly report showed good results on production and costs. 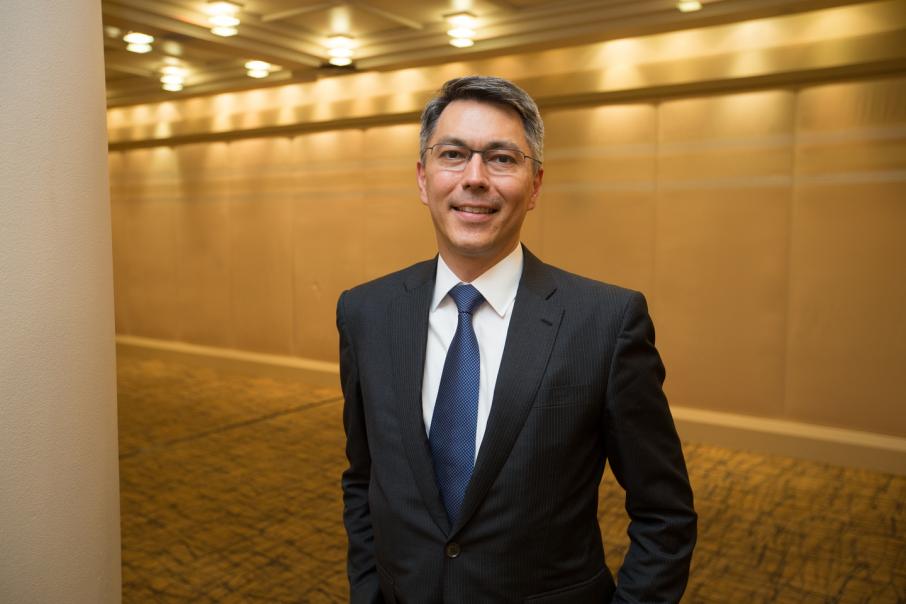 BHP chief executive Mike Henry has declared the mining giant is in great shape after a strong quarterly report showed good results on production and costs.

Its Western Australian iron ore business, which is its main profit generator, increased annual production by 1 per cent to a record 284.1 million tonnes in the year to June 2021.

The group expects to maintain production around the same level in the year to June 2022, with guidance of between 278mt and 288mt.

This comes just days after competitor Rio Tinto downgraded its iron ore production guidance and increased its cost guidance due to a range of operational challenges in the Pilbara.

BHP was not entirely without challenges.

Bad weather, rail labour shortages due to COVID border restrictions and the planned tie-in of its new South Flank mine all had an impact in the June quarter, with WA iron ore production down 4 per cent to 73.8mt.

That compared to an all-time high in the June 2020 quarter, so the latest number is still a good result.

It will also continue with its program to further improve port reliability, including a major maintenance campaign on car dumper one planned for the September 2021 quarter.

The group’s Nickel West business had a good year, with production up 11 per cent to 89,000 tonnes.

This was attributed to strong performance from its new mines and improved operational stability following major maintenance shutdowns in the prior year.

Like iron ore, nickel production is expected to be steady in the current financial year, at between 85,000t and 95,000t.

The company said first production from its long-awaited nickel sulphate plant at Kwinana was expected in the September 2021 quarter.

Annual production fell at BHP’s other divisions, as flagged by the company.

Annual copper production was down 5 per cent due to COVID-related logistical issues in Chile, where BHP expects conditions to remain difficult.

Production of petroleum and coal was also lower.

Chief executive Mike Henry said it was a year of excellent operational performance.

“We set several production records and brought on four major projects safely, on schedule and on budget,” he said.

Mr Henry highlighted record annual production at WA iron ore, the Goonyella Riverside metallurgical coal mine in Queensland and all-time high concentrator throughput at its Escondida copper mine in Chile.

In addition, Olympic Dam in South Australia had its highest annual copper production since BHP acquired the asset in 2005, and its best-ever gold production.

“Our operations are performing well, we continue our track record of disciplined capital allocation, and our portfolio is positively leveraged to the megatrends of decarbonisation, electrification and population growth.”

Broking firm Shaw and Partners said it was a very pleasing scorecard with all operations beating guidance.

In a research note, Shaw said the June quarter iron ore production was the third highest quarterly rate on record.

“Clearly the iron ore unit is doing things right and has moved to a new higher level [higher than] 280mtpa,” it said.

Shaw said the result was not a quarter in the making but harked back to a perceptible pivot some 15-18 months ago under Mr Henry.

“BHP taking the mantle of lowest cost iron ore miner (global) is in, and of itself, a very clear reflection of this trend.”