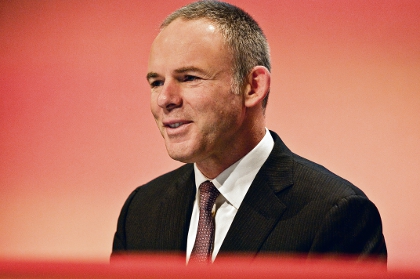 "We're not likely to take any major capital decisions in the next 12 months," he told a media briefing today.

At Port Hedland, he said the main focus would be lifting efficiency at the existing inner harbour.

Mr Kloppers said BHP saw potential for "material growth" beyond its current allocation of 240 million tonnes per year, but was unable to offer any specifics.

"Its early days, we haven't given a quantum," he said in response to questions.

He added that the company was continuing to work on the proposed outer harbour development, which was meant to support long-term growth in its iron ore business, but once again offered nothing specific.

At Olympic Dam, BHP said it would investigate an alternative, less expensive expansion than the $US30 billion original plan.

"As we finalised all the details of the project in the context of current market conditions, our strategy and capital management priorities, it became clear that the right decision for the company and its shareholders was to continue studies to develop a less capital intensive option to replace the underground mine at Olympic Dam," Mr Kloppers said in a statement.

BHP will recognise impairment and other charges of $US346 million before tax (US$242 million after tax) in respect of the Olympic Dam project.

Lower commodity prices and high write-downs on US, shale, Australian nickel and its Australian Olympic Dam project have contributed to the loss.

There was a 15 per cent decline in underlying earnings before interest and tax and a 21 per cent fall in net profit (excluding exceptional items) in the 2012 financial year.

BHP had 20 major projects currently in execution with a combined budget of $US22.8 billion ($A21.84 billion), no there were major project approvals expected in the 2013 fiscal year.

It said it expected more volatility in commodity markets in the short term due to weakness in manufacturing and construction sectors in all key markets weighing on market sentiment.

"However, in the medium term we expect supportive economic policy and a broad growth bias, particularly in China, to lead to measured improvement in the external environment beginning in the first half of the 2013 financial year," the company said in a statement.

The company said its positive longer-term view was unchanged about urbanisation and industrialisation across the developing world, adding that the housing market may have stabilised in the US, which should boost confidence.