BHP Billiton has increased the amount it gives to the Royal Life Saving Society WA by 600 per cent. 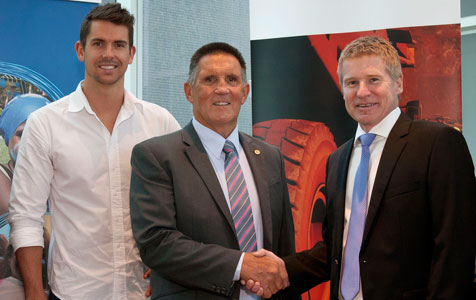 BHP Billiton has increased the amount it gives to the Royal Life Saving Society WA by 600 per cent.

The company this morning announced a commitment of $1.4 million to the society to take its partnership in delivering various programs through to 2015.

The total amount BHP has donated to the society is now more than $2.4 million.

But that’s a drop in the ocean when BHP’s total community donations are considered. During the past five years the company has provided more than $200 million for health, education, indigenous development and community infrastructure initiatives in WA.

The miner’s total funding commitment in the 2012-13 financial year amounted to $US67 million.

Globally, BHP contributes 1 per cent of its pre-tax profit to community programs, which equated to $US246 million worldwide last year.

The partnership with the Royal Life Saving Society WA enabled the launch of the Remote Aboriginal Swimming Schools Program, which now runs six pools for 45,000 visitors each year.

“Being in and around the water is a big part of the Western Australian lifestyle, and we are proud to support programs that help people to enjoy the water safely,” he said.