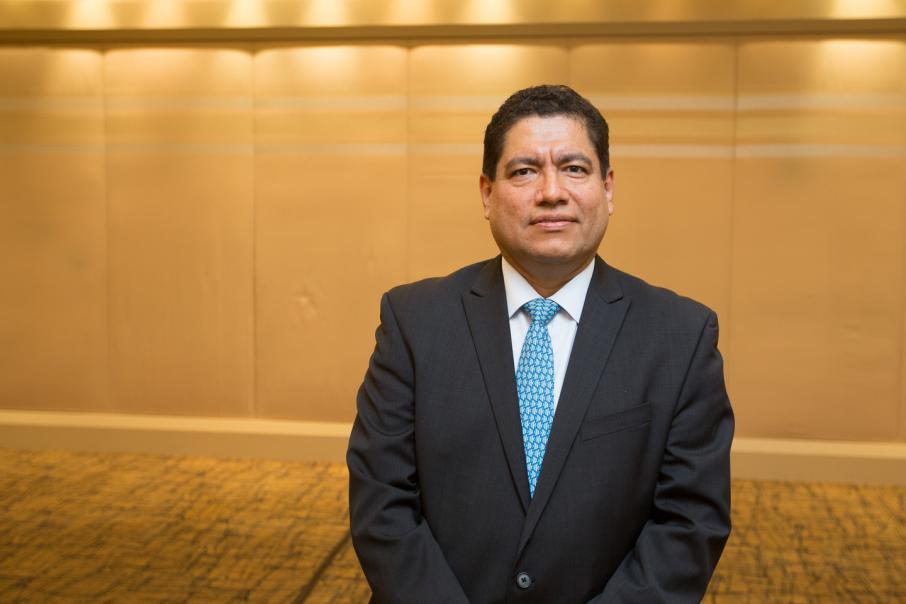 Edgar Basto will officially move into the role of president Minerals Australia at the start of July. Photo: Attila Csaszar

As president Minerals Australia, Mr Basto will be responsible for BHP’s iron ore and nickel operations in Western Australia, metallurgical and energy coal in both Queensland and NSW, and copper in South Australia.

He will join the company’s executive leadership team, officially moving into the president role at the start of July.

Mr Basto has been based in Perth since 2016, where he served as asset president Western Australia (WAIO) for three years.

He has been acting as president Minerals Australia since Mr Henry was announced CEO in November.

Mr Henry said the company had become the lowest-cost major iron ore producer in the world under Mr Basto’s leadership.

“He is passionate about the role we play in communities and the responsibility we have to those who rely on and support BHP to create social value through our activities.”

Mr Henry said the former iron ore boss had a track record of delivery, citing a 15 per cent reduction in costs since 2016.

He has held senior operational roles in South America, including as BHP representative manager for Colombia-based Cerrejon Coal Corporation from 2001 to 2003, and as general manager for BHP’s Tintaya copper mine in Peru for the next three years.

Mr Basto moved to Melbourne in 2006 as BHP’s global head of health, safety and environment, serving in the role for two years.

He was then based in Chile for more than six years before moving to Perth in 2016, where he also served as president of the Chamber of Minerals and Energy of WA from 2018 to 2020.