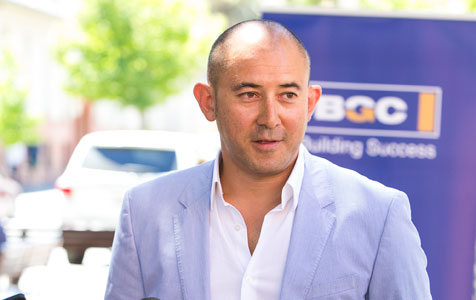 BGC has been knocked off the top spot in a ranking of Australia’s largest home builders, but the Perth-based company remains the nation’s biggest builder of detached houses.

The Housing Industry Association’s Housing 100 report, released today, placed Meriton Apartments at the top of the list for the first time, after the company started construction on 7,929 apartments in New South Wales and Queensland over 2013-14.

BGC’s 5,004 home starts was good for second across all dwellings, while its 4,609 detached house starts made it the nation’s largest detached housing builder for the ninth time in 11 years.

"We've had a focus on building our presence in the affordable housing market, while continuing to grow the gap over our competitors," Mr Ambrose said.

Meriton’s rise to the top of the rankings also bumped Perth-based ABN Group down to third, with 4,142 dwelling starts.

For detached homes only, ABN Group was the country’s second-biggest builder, with 3,976 starts.

Of the top 20 homebuilders, including detached housing and apartments, seven came from Western Australia, the HIA said.

In the multi-unit space, Pindan was the highest-ranked WA-based builder, coming in fourth with 1,175 apartment starts.

BGC was ranked fifth with 395 starts, followed by Diploma Group at sixth with 366 starts, Jaxon at 12th with 286 starts, Danmar Homes at 13th with 257 starts, while Nicheliving ranked 17th with 230 starts.

HIA WA executive director John Gelavis said the strong performance from the state’s housing sector came at a time when the state’s largest industry sector – resources – was facing a multitude of challenges.

“WA-based home builders have punched well above their weight nationally, particularly in the detached house part of the market,” Mr Gelavis said.

“The strong performance of WA new home building during 2013-14 was a long overdue response to the rapid pace of population growth in the state over the past decade.

“It is vital that policy settings allow an adequate pipeline of new home building to continue.”

HIA chief economist Harley Dale said the total number of housing starts across Australia rose by 31 per cent in 2013-14, compared to the previous year.

“This last financial year was a strong one for the national new home building sector and for Australia’s Housing 100,” Dr Dale said.

“The key is to ensure that the 180,000-plus dwellings Australia started in 2013-14 becomes the new benchmark average level in a new home-building cycle.

“In achieving that goal, Australia will experience productivity growth and improvements in our standard of living, which will otherwise pass us by, because to get there we need economic reform measures that are yet to be developed or implemented.”