BGC Housing Group has committed to employing up to 50 bricklaying apprentices over the next two years as part of a new apprenticeship program. 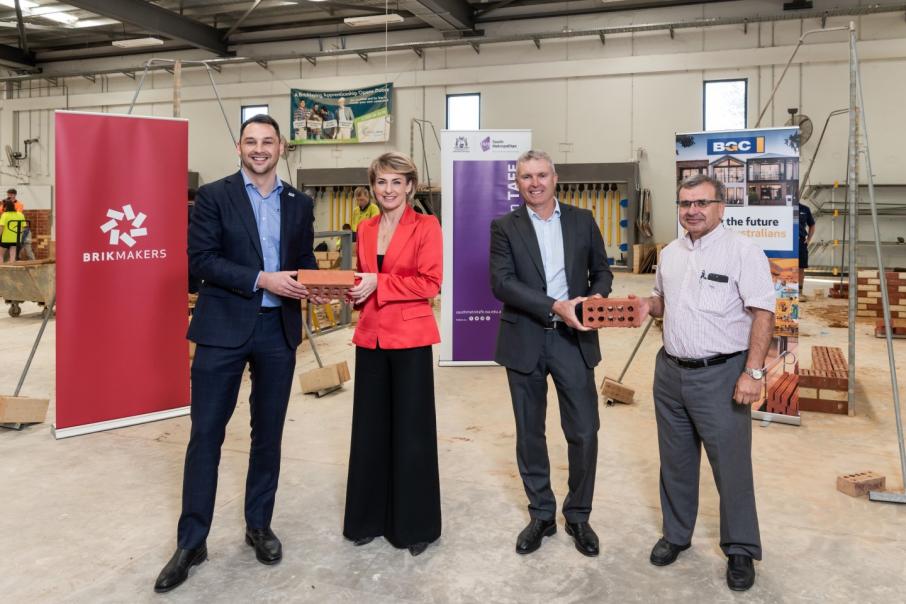 BGC Housing Group has committed to employing up to 50 bricklaying apprentices over the next two years as part of a new apprenticeship program.

BCG said plans for the program were in place ahead of the federal budget last week, which included a $1.2 billion apprenticeship wage subsidy initiative.

Brikmakers evolved from BGC’s Blokpave business in 2009 and accounts for one third of the state's clay brick production.

The ABBTF is a not-for-profit organisation that relies on funds raised by the industry through a levy on the sale of clay bricks, as well as co-contributions from manufacturers.

BGC Australia chief executive Daniel Cooper said it was important the business played its part in building the future of the bricklaying industry.

“While the onsite practical training of the bricklaying apprentices will be completed with BGC Housing Group’s subcontractors, BGC will assume direct responsibility for the apprentices’ contract and training plan,” he said.

“Now more than ever it is vital that we invest in growing our trade labour base,” he said.

“We welcome the federal government initiative in encouraging people of all ages to learn vital trades that are the lifeblood of the country’s economy.”

Under the federal government’s Boosting Apprenticeship Commencements (BAC) initiative, businesses will receive a 50 per cent subsidy of up to $7,000 per quarter for apprenticeship wages between October 5 this year and September 30, 2021.

The initiative is intended to create 100,000 new trainee jobs.