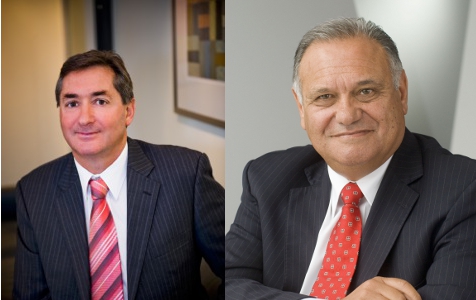 BGC's residential division is making its first foray into the eastern states, teaming up with one of Australia's largest home builders to address the nation's housing affordability crisis.

The company today announced it would create a new business in joint venture with Victoria-based Metricon, aimed at helping Melbourne residents own their own home.

BGC has been Australia’s largest-volume home builder for eight of the past 10 years, with Metricon taking top spot in the other two years.

The builders will also team up with Perth-based finance group The Loan Company to launch HomeFirst, which will help people in Melbourne obtain finance, find a block of land and choose a home from a range of the builders’ designs.

The Loan Company is already closely aligned with BGC, offering finance packages to clients of its residential housing brands, including Commodore Homes and National Homes, among others.

BGC Residential chief executive Kelvin Ryan said HomeFirst would initially target building around 500 homes in its first year of operation, before growing its output to around 1,000 housing starts per year.

The business will also evaluate expansion to other states on the east coast and other market segments once established.

“We’re starting with a first home buyer brand in Victoria, and the plan is once we get used to each other we will grow the business and expand into other states on the east coast and other segments.”

Mr Ryan said the joint venture would capitalise on the synergies between the top-ranked and third-ranked home builders in Australia.

“What we are really targeting here is the pursuit of affordable housing,” Mr Ryan said.

“We will be able to create synergies and as a result of those synergies get cost reductions, and we’ll be looking to pass those on to home purchasers, because both organisations are passionate about affordable housing and that’s a really big issue in Australia at the moment.”

Mr Ryan said BGC had been interested in an east coast play for quite some time, and the HomeFirst venture was about chemistry and timing.

Mr Ryan also said the combination of the two home builders would result in the development of more efficient construction methods.

“We build in very different ways, we build in double brick in Perth predominantly, and they build framed housing,” he said.

“We do see the day at some point where their skills and abilities in alternative building technologies could come to benefit us in WA.

“There is a whole range of other things too, with a combination of two of the top three builders in Australia you can really force product innovation, because you’ve got the scale to introduce and innovate.

“That’s something we’re pretty excited about too, so we’re really looking forward to it.”