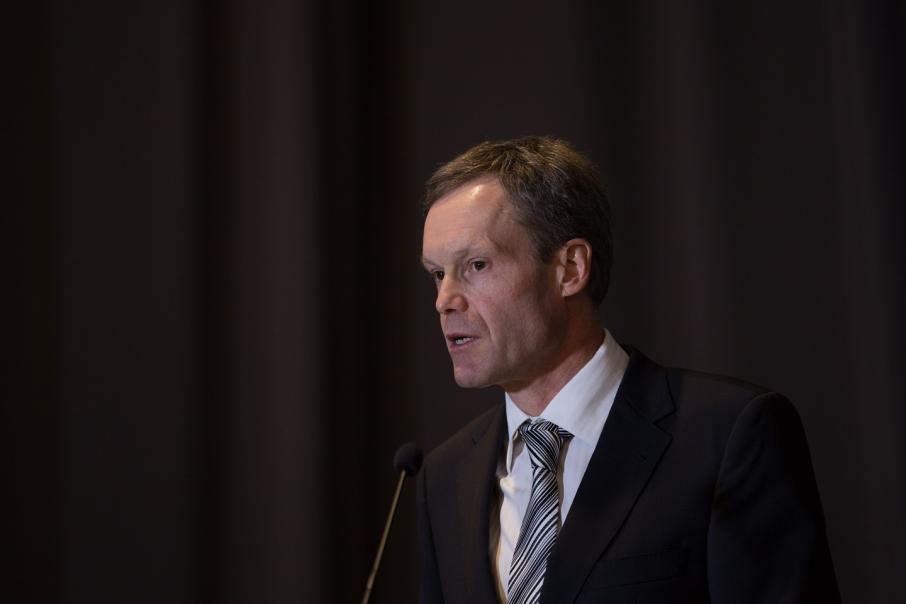 Sam Buckeridge says these decisions are in accord with the extended family’s wishes.

The privately-owned group has also decided to recruit a new chief executive from outside the Buckeridge family.

Director Sam Buckeridge said these decisions were in accord with the extended family’s wishes.

“They tasked the directors to sell the group to the best advantage of the beneficiaries of my father’s estate,” he told a conference call after today’s announcement.

“The shareholders are patient people,” he added.

BGC chairman Neil Hamilton declined to speculate on the value of the building materials group, beyond saying current values were “not anything near optimal valuation”.

This reflected the weakness in residential construction activity in WA, where BGC is the largest builder.

However the group is pressing ahead with the sale of its national contract mining, maintenance and civil construction business, BGC Contracting.

Mr Hamilton said options included a possible sale, divestment of parts of the business and/or alternate operating models or structures.

The process will be led by Macquarie Capital.

“While this review is ongoing it will be business as usual for our customers and our staff, and the focus of BGC Contracting will continue to be on delivering excellent services for our customers,” he said.

BGC Contracting has a workforce of 2,000 and a contract pipeline valued in excess of $1.7 billion.

In addition, the board has initiated a staged process to sell a number of non-core properties which are surplus to the needs of the Group.

Mr Hamilton said the group has a portfolio valued in the “hundreds of millions” with the sale to include the BGC Centre, a 17-level office building in central Perth.

This process is likely to be completed over a number of years.

It follows the recent sale of the group’s two hotel assets – The Westin Perth and Aloft Perth.

Regarding the core building materials and construction business, Mr Hamilton said the group would pursue a number of strategic initiatives in the short-term to enhance its performance and valuation.

“Any divestment plan for these businesses has therefore been deferred for the foreseeable future,” Mr Hamilton said.

“Importantly, BGC Group is well positioned to emerge from this cycle stronger than ever, with a strong balance sheet, pre-eminent market position and best-in-class manufacturing and operating assets.”

On the management front, Sam Buckeridge, his brother Andrew Buckeridge and step-brother Julian Ambrose have relinquished their day-to-day executive responsibilities.

They will remain as non-executive directors alongside Andrew Teo, who had been the group’s long-serving finance director.

“The board, with the support of the shareholders, have made the decision that now is the right time to introduce an independent executive structure for BGC,” Mr Hamilton stated.

Sam Buckeridge said now was a logical time to make the change, adding that it provided an option for continuity of executive leadership under new ownership.

Group CFO Alan Tate will assume the role of acting chief executive with immediate effect, while the group conducts a search for a new chief executive.

Mr Hamilton said the board was following an orderly and strategic process as it sought to realise value for the Buckeridge family.

“This is a significant undertaking and will take time,” he added.

“In the interim, our focus remains on continuing to win work across the group, and safely meeting and exceeding the expectations of our customers.”