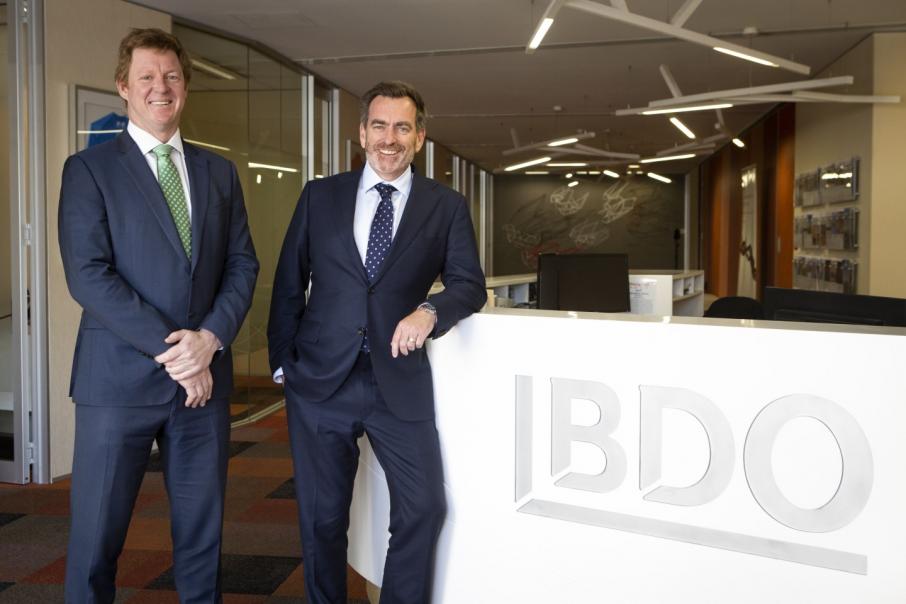 The joint venture builds on a long-running alliance between the two firms, which operate from the same building in Subiaco.

The new venture, which will trade as BDO Private Wealth (WA), is designed to provide a wider range of services to the accounting firm’s existing clients.

BDO Perth office managing partner Peter Toll said the two firms had been working on the joint venture since before COVID.

“What this means for our existing clients is that they’ll be able to access a complete package of financial and business advice from professional advisers working together to get the best outcome for them,” Mr Toll said.

Integro was established in 2003 and has grown to have a team of 22 people.

It shifted away from commissions to fee-based services in 2009, anticipating changes that have been forced on the industry by the Hayne royal commission.

Managing director Justin Gilmour said his firm had been collaborating with BDO since 2013 and Integro’s move to Subiaco two years ago had strengthened the alliance.

“The idea was to integrate closer, so we could bring in advisers at a moment’s notice,” Mr Gilmour said.

“If we had issues in areas like international tax or corporate finance, we were able to bring those to the table as we needed them.”

“We know them well, we have a similar philosophy, its tried and tested.”

He said the joint venture would integrate personal and business advice.

“It’s bringing together the footprint of BDO with the financial capabilities of Integro.

“We don’t have the licence or platform to deliver those services.”

“We see a big gap in the market in the medico space,” he said.

“That’s something we will focus on, delivering services as they need it rather than pushing a package.”