The arts need to implement programs to remove barriers to access for young people from low socioeconomic backgrounds, according to economist Michael Dockery. 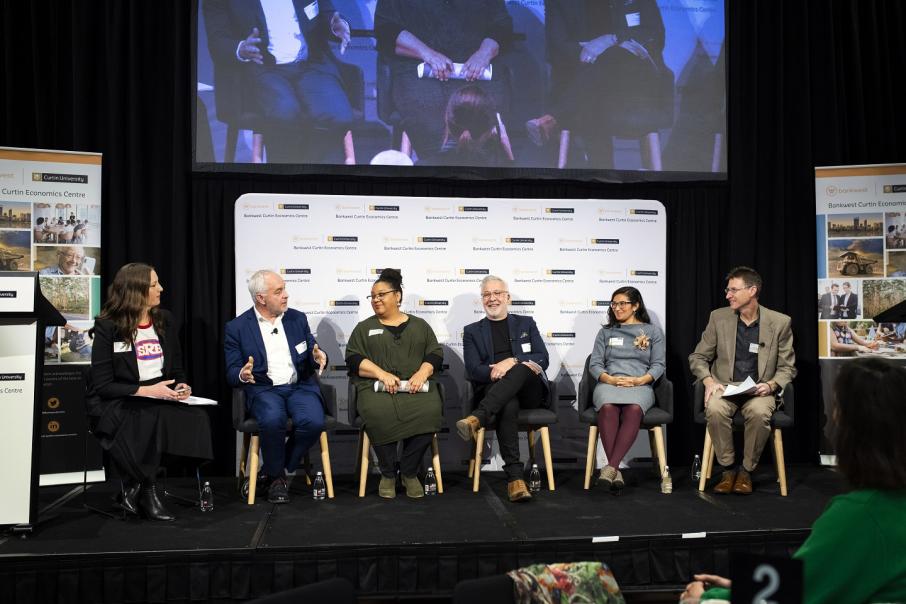 The arts need to implement programs to remove barriers to access for young people from low socioeconomic backgrounds, like those used to encourage participation in sport, according to economist Michael Dockery.

The comment was made on a panel at a Bankwest Curtin Economics Centre breakfast this morning to present the organisation’s research report, ‘Creativity at the Crossroads? The creative industries in Western Australia’, which was released today.

The report found ticket prices to be a barrier to attending arts and cultural events in metropolitan Perth and distance as a barrier in regional areas.

It found attendance at arts events was linked to education and income; the higher qualification or income a household had, up to $150,000, the more likely they were to attend.

Professor Dockery said the arts could look at how sport offered programs to encourage broader participation.

“We have a system where if you are a lower income family and you would like to play cricket or join a football club, there’s a voucher you can redeem with the department for your membership, which is great for lower income families,” Professor Dockery said.

“I was wondering if we could have a similar system like that to get people involved in culture and the arts.”

Mr Coles said the museum, which was offering free entry for its first 18 months, had been very well-received by all members of the community, with about 700,000 guests since it opened last November.

“Time and again it draws attention to the fact the greatest value of culture is to people on low incomes but the greatest barrier to culture is admission and ticket prices,” Mr Coles told the forum.

Chamber of Arts and Culture WA executive director Shelagh Magadza, who was also on the panel, cautioned against only using ticketing data as a way of gauging participation in the arts.

“I would like to query [the data] because that’s a measure through ticketing and pricing but it would be dangerous to assume in those communities that there isn’t a high level of engagement in arts and culture and participation in other ways,” she said.

However, she said the arts could learn from the way sports were able to nurture talent and provide pathways.

“I really would like us to think about the way sport is done,” Ms Magadza said.

“At a community participation level, it’s really helpful for kids to be involved but then look at that and think about pathways onto the next level and then to the next level.

“Think about what are the things that will help them on that journey through a career in the creative industries.”