BC Iron lifts Nullagine stake to 75% 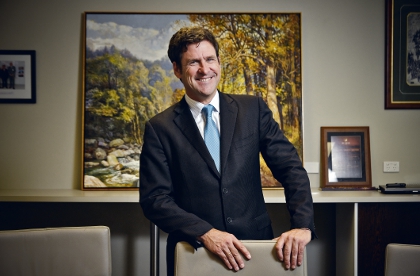 BC Iron has announced it will acquire an additional 25 per cent interest in the Nullagine iron ore project from joint venture partner Fortescue Metals Group for at least $190 million.

BC announced today it would pay $190 million, plus potential further payments under a "price participation arrangement", to take its stake in the project to 75 per cent.

The transaction will be funded using a combination of existing cash, a new $US130 million debt facility and $54 to $58 million raised through an underwritten placement and share purchase plan.

The new debt facility will be provided by a consortium comprising Commonwealth Bank and ANZ Banking Group, while Macquarie will mande the equity raising.

Under the price participation agreement, BC Iron will make payments to Fortescue if the average monthly market price of iron ore is more than US$120 per dry metric tonne.

Terms of the transaction also include FMG increasing the project's access to its rail and port infrastructure to 6 million tonnes per year; as a result, BC Iron’s share of annual production will increase by 80 per cent to 4.5Mtpa.

“This transaction reinforces the strong on-going relationship we have with Fortescue and we look forward to broadening that relationship going forward,” BC Iron managing director Mike Young said.

“The transaction is in line with our stated priorities to increase our resource base and export tonnes, and is something we have been working on with Fortescue for some time.

“It represents a low risk opportunity for BC Iron to almost double its annual production by acquiring more of a quality asset that we already operate and know extremely well.”

“It reflects the strong relationship we have established with BC Iron over the years and it forms part of our strategy to divest non-core assets,” Mr Power said in a statement.

“The funds provide additional liquidity as we consider a re-start of the Kings mine at Solomon.

In October BC Iron said mining and exports at Nullagine continue on budget.

The company reported that total Nullagine joint venture exports passed five million tonnes since the first iron ore exports were made in February 2011.

BC Iron shares last traded at $2.93 before entering a trading halt prior to the announcement, while FMG shares had gained 7 per cent at 12:00PM, WST, trading at $4.06..