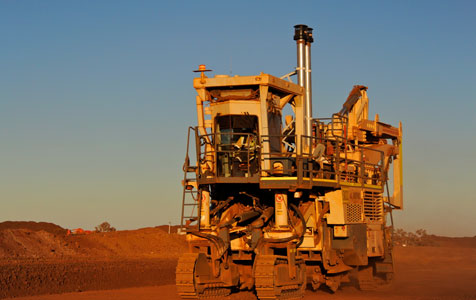 BC Iron has posted record production and exports during the September quarter, when shareholders received almost one-third of a dollar per share in a $37 million dividend payout.

During the quarter, the Nullagine Joint Venture (NJV) consistently operated at about 6.5 million tonnes per annum in line with its guidance rates for the dry season and achieved a record of 1.62m wet metric tonnes (wmt) shipped, up 13 per cent from the corresponding period last year.

The NJV also passed a milestone by exporting more than 10mwmt since the first ore shipment in February 2011.

BC was able to pay investors a 30 cent per share dividend representing $37 million, bringing the payout ratio for FY13 to 60 per cent of the underlying net profit after tax.

"This was an excellent quarter of consolidation with the NJV demonstrating the capability to consistently operate in excess of a 6mtpa run-rate. Our cash balance of $172 million after payment of $37 million in dividends emphasises the robustness of the operation. As the company continues to mature, we have expanded out skill set by bolstering our management team which, combined with our operational performance and strong cash reserves, positions us well to extend our current operations and consider future opportunities," Mr Ball said.

The company has a 75 per cent stake in the Nullagine joint venture with Fortescue Metals Group.

Former BHP Billiton executive Peter Wilshaw was appointed as a non-executive director to the company yesterday.

Earlier in September, founding shareholder Consolidated Minerals sold 23.1 per cent of its interest in BC, which has improved the liquidity of the company' shares.