The fledgling B Corporation movement is attracting diverse backers, from ASX-listed companies to mutuals and private businesses in WA. 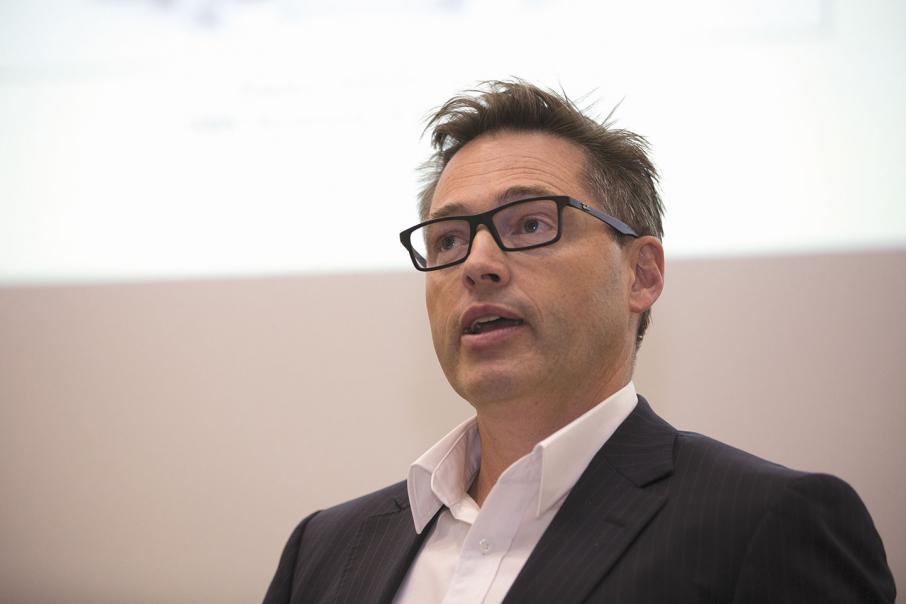 Peter Tually says the B Corp movement has had a practical effect on his business. Photo: Attila Csaszar

Peter Tually remembers the moment when he started to think differently about business.

It was after the GFC, when he was part of a radiology practice that was majority owned by a private equity group based in Ireland.

“I remember getting the call; they said they were going to shut Kalgoorlie (because) it didn’t provide enough return to shareholders,” Mr Tually told Business News.

“What I found disgusting was a pin-striped suit and an accountant in Dublin telling an indigenous person they were no longer going to have this service in Kalgoorlie.

“That was the inflection point for me.”

Mr Tually, who was a 40under40 award winner in 2011, responded to the setback by building up a new business to improve access to specialist health services for people in rural and remote areas.

A big milestone in the development of his new business, Telemed, came last December when it gained certification as a B Corporation.

In doing so, it joined about 2,200 businesses globally, including 195 in Australia and New Zealand.

Another to champion the B Corporation movement is Jamie Robertson, whose consulting firm, 361 Degrees Stakeholder Engagement Services, was the first business in Western Australia to be certified.

Mr Robertson is also the Australasian representative on the global body that sets the certification standards.

Speaking at a seminar at last month’s Social Impact Festival at UWA, he explained that discovering the B Corp movement was a revelation.

“We didn’t know where 361 fitted in, we didn’t have a home,” Mr Robertson told the seminar.

“We weren’t not-for-profit, we weren’t a social enterprise, we were a for-profit business but everything we did was about having a positive impact.”

Mr Robertson summed up the B Corp ethos this way.

“We are profit-making enterprises, but we’re not only interested in money,” he said.

In practice, being a B Corp business means different things to different people.

For instance, 361 Degrees, which was established in 2006, has refused to work for the mining industry.

Another B Corp pioneer – east coast sustainability consulting firm Net Balance – is much more mainstream, having been bought by EY in 2014.

One of the largest B Corp businesses in Australia is Brisbane-based equipment financier Silver Chef.

As an ASX-listed company, Silver Chef is clearly profit focused – it reported a net profit of $4.3 million on revenue of $135 million in its latest half-year results.

Interestingly, its results announcement made no mention of its B Corp status, though there is plenty of material on its website and in other reports.

Silver Chef says its B Corp certification is a validation of its commitment to social and environmental responsibility.

“It reinforces that, as a business, our core values and culture, which encompass helping others, are as much of a focus as bottom line profitability,” the company states on its website.

Silver Chef founder Allan English has backed up words with deeds. He has transferred half his shares, or 11.5 per cent of the company’s total shares on issue, to a private ancillary trust to fund philanthropic activities.

Another relatively large Australian business with B Corp certification is Aspen Medical, which has a team of 2,200 people providing healthcare services in remote and challenging environments – from indigenous communities to mining camps and offshore oil platforms.

Mr Tually said there were many things that made Telemed a B Corp business, including its core goal of improving medical services and health outcomes for people in regional WA.

Telemed uses bulk billing so its service is free to clients, pays scholarships to attract young doctors to regional areas (with many staying long term), and buys locally so money stays in the communities where it operates.

Mr Tually emphasised that B Corp certification was much more than a feel-good exercise.

“I was recently introduced to Benefit Capital, which is a B Corp in Melbourne,” he said.

“They got me onto peer-to-peer lending, which I used to fund the purchase of new equipment.

“It’s working for me practically; it’s not just a big woolly jumper thing.”

B Corp status is awarded by a non-profit entity, B Lab, which assesses a company’s impact on its employees, suppliers, community and the environment against a set of standards for performance, accountability and transparency.

B Lab started in the US 10 years ago, while its Australian arm was established in Melbourne in 2014 and currently has a team of six people.

B Lab community builder Mindy Leow said many consumers, workers and investors were shifting their thinking towards a more meaningful engagement.

She said the certification process helped businesses measure their social and environmental performance with the same rigour as financial performance.

Ms Leow said the process could be used as a management tool to help businesses improve the way they operated. 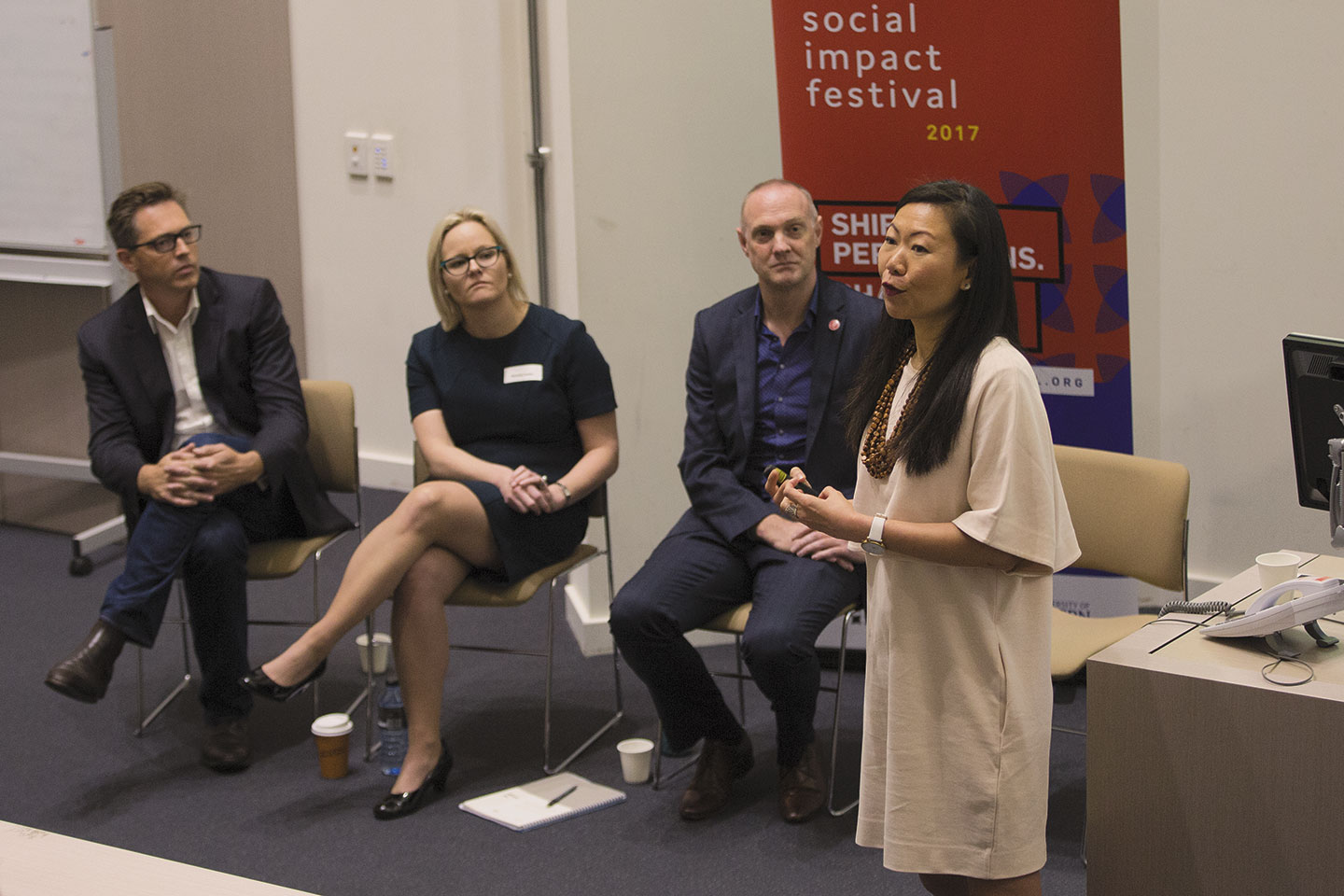 “The goal is to redefine what it means to be successful in business,” she said.

B Lab is also advocating for changes to the corporations law that would enable the creation of a new legal structure called a ‘benefit company’.

This has already been adopted by 31 states in the US, notably including Delaware, which is the preferred domicile for many companies.

“You’ve gone beyond conversations, you’ve gone beyond doing it yourself, to a point where you are now living it, it’s a part of your organisation’s DNA, that’s what certification means,” he said.

“It’s around being guilt free

“You can be successful in business, and you can do good.”

Beyond Bank Australia state manager Michelle Coelho told the Social Impact Festival seminar that B Corp certification was a natural alignment for the member-owned banking group, which originally traded in WA as United Credit Union.

“It’s also the next step in holding ourselves up to a high standard in terms of how we are going to continue the journey and continue to innovate as a bank, while thinking about the wider impact we will have with all of our stakeholders,” Ms Coelho said.

She said the certification process highlighted many things undertaken by Beyond Bank, including a commitment that 9 per cent of after-tax profit would go back to the community through grants and partnerships.

In the area of staffing, Beyond Bank has a program to get more women taking on leadership roles.

In addition to normal leave, it provides for work-life balance days and community leave days, when staff can work with community organisations.

It also has a benevolent fund to help staff through times of adversity.

The bank has recently appointed a sustainability manager to improve its environmental performance and is planning to appoint a procurement manager to vet its suppliers.