40under40: Welcomed to Australia after fleeing his home country, Akram Azimi hopes to pay it forward by working to improve education standards for disadvantaged children. 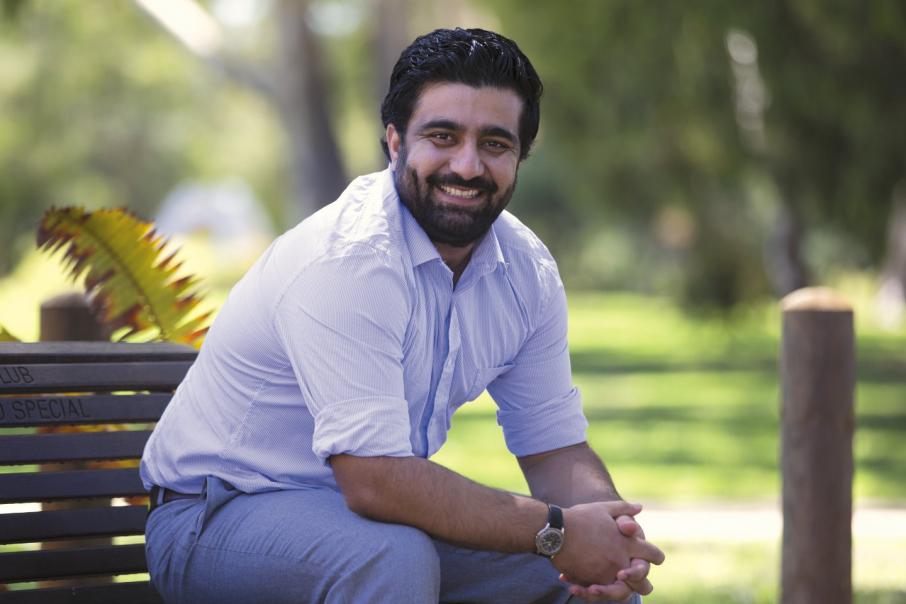 40under40: Welcomed to Australia after fleeing his home country, Akram Azimi hopes to pay it forward by working to improve education standards for disadvantaged children.

Akram Azimi says it felt like his family won an international lottery when he was able to move to Australia as a refugee, aged just 10.

He was only six when his family fled a war in Afghanistan, crossing the border into Pakistan.

Arriving in Australia, Mr Azimi found himself in a very different place, but the welcome he and his family received helped reduce the sense of dislocation.

“Folks around us, our community, they rallied around us,” Mr Azimi told Business News.

“Our next door neighbour taught my brother and me English. Our neighbour on the other side donated furniture to us.”

An incredible thing was the strong presence of civic culture, he said.

“The idea that you have these civic institutions to look after people. I appreciate that more than anybody because I know what the absence of those institutions looks like,” Mr Azimi said.

He has since worked on a number of projects to assist people in disadvantaged communities and that, combined with his work on the End of Polio campaign, earned him the title of 2013 Young Australian of the Year.

One such project was mentoring indigenous children in the Kimberley, something he became involved with while studying at the University of Western Australia.

“We define social reality for these young folks on a more hopeful and optimistic basis,” Mr Azimi said.

“Social reality is something which is constantly in flux, we define it.

“Some of these kids, when they look into their future they see very little, and what you need to do is believe in them and their capacity to make a difference, even though they don’t.”

The key, he said, was making sure they knew they had something to contribute to society.

“I wouldn’t have been here if one of my teachers hadn’t constantly invested in me,” Mr Azimi said.

One lesson from his work in the Kimberley was that it is important to bridge the cultural divide when trying to help people in remote communities.

The best results came after many years of work when he and others were given kinship status in the communities and could be like big brothers to the children.

His latest work is aimed at translating some of the successful education programs used in private schools, such as Scotch College, where he has taught, to public schools such as Lynwood Senior High School.

Mr Azimi has created learning modules based on the theory of knowledge, which he said improved the clarity of student writing, and had helped raise grades among students in his program at Lynwood by around 10 to 20 per cent.

The workshop teaches students to write with a clarity and substance that he said matched how the mind worked.

“It’s up to the gardener to make sure that the soil is high quality, lots of sun, lots of nutrients

“The quality of the soil is on the gardener.

“Whether the plant grows is on the plant itself, but on the whole, plants thrive in really rich soil.”