Awesome result all round 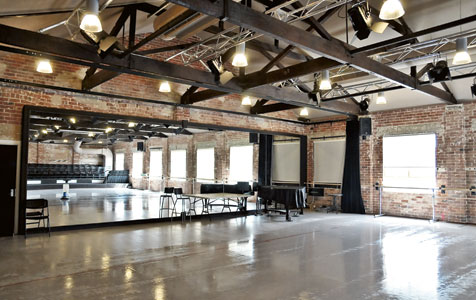 Youth arts group Awesome Arts is the big winner in this year’s Creative Partnerships Australia awards, which recognises collaborations between business and the arts.

Awesome Arts, which focuses on engaging young people in contemporary art, mainly through its annual arts festival, was lauded for its joint work with a range of businesses in Western Australia.

The not-for-profit group won the SME Award, which recognises a partnership with a company with less than 200 employees, for its work with boutique advertising agency 303Lowe and illustrators-animators ZAC Creative.

They rebranded Awesome Arts, a process that involved creating characters to represent the festival – which showcases a variety of modern artworks including film, dance and installations – as well as redesigning the organisation’s logo and website.

Awesome Arts also won the Toyota Community Award for its three-year partnership with property developer LWP Property Group in which the two parties helped to connect people in newly built communities, such as Ellenbrook, through arts and cultural activities.

Creative Partnerships Australia was known as the Australian Business Arts Foundation (ABaf), before its amalgamation with Artsupport Australia in 2012.

The awards acknowledge partnerships involving businesses of all sizes, from companies with more than 200 employees to individual managers volunteering their services.

Other categories honour partnerships that have made achievements in the areas of environmental sustainability, the promotion of health and wellbeing and community enrichment.

“We’ve been very impressed with the high standard of entries and the range of initiatives nominated this year,” Ms Menzies said.

The Perth International Arts Festival and energy provider Synergy won the Visy Environmental Sustainability Award at this year’s event for reducing the festival’s impact on the environment.

Since 2010, Synergy’s Natural Power, which uses renewable energy sources such as solar and wind, has powered the festival.

Other winners at the WA awards were Wesfarmers and the West Australian Ballet, for the creation of the new state-of-the-art ballet facility in Maylands, Diabetes WA and Desert Feet for its free music concerts in regional WA, and the Black Swan Theatre Company, Rio Tinto and the Water Corporation for delivering high-quality theatre and drama programs to remote areas.

The national winners will be selected from the various state winners and will be announced in November at a ceremony at Parliament House in Canberra.