Retirement clearly suits Wade Hughes, who has received accolades for his underwater photography, and published an award-winning book with his wife, Robyn Hughes, since leaving the workforce in 2015. 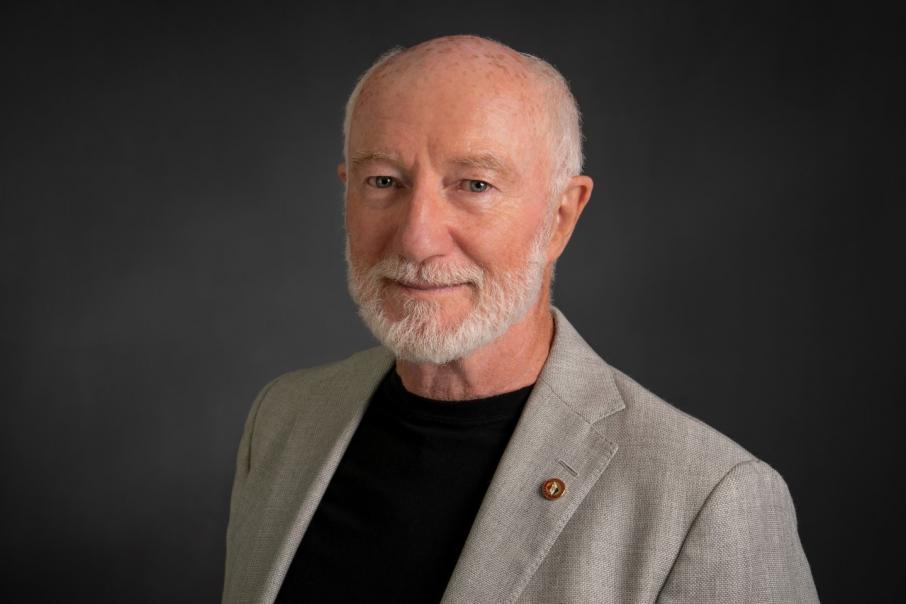 Retirement clearly suits Wade Hughes, who has received accolades for his underwater photography, and published an award-winning book with his wife, Robyn Hughes, since leaving the workforce in 2015.

Mr Hughes, who worked in Australia and the US, and finished his career as Alcoa’s vice-president business development and public strategy in the Middle East, said he had always been interested in photography.

“This interest in photography as a form of expression and communication, and underwater, has been with me most of my life,” Mr Hughes told Business News.

“When I decided to retire, and I was 67 when I retired, I thought I had done a fair enough stint in the workforce at that point; the opportunity then came to spend more time focusing on things that were of interest and the time to be able to devote more to those things, so that’s how I came to be where we are today.”

Mr Hughes has been a regular finalist in the Australian Geographic Nature Photographer of the Year awards, and in 2016 he won the prize for best animal portrait.

In 2019, he was awarded third place in the underwater category of Nature Photographer of the Year, for a photo that appears in the Hughes’ book Looking for Whales, published last November.

The book earned a highly commended citation in the International Underwater Photographer of the Year 2020 awards, in the underwater photography book of the year category.

“It was really nice for [Looking for Whales] to be recognised by other underwater photographers … as worthy of commendation,” Mr Hughes said.

He said the decision to publish the book came after they held a successful exhibition of fine art pictures and photographs of whales at Kidogo Arthouse in Fremantle.

“Our stated objective is to give a voice to these magnificent animals; wouldn’t it be nice if someone could perhaps publish that?” Mr Hughes said.

The book contains photos from trips to the Azores, Tonga, Norway, Alaska, Canada, and some off the Western Australian coast.

It was published by Halstead Press and endorsed by National Geographic.

“It’s been a relatively easy process to get to the publishing aspect of it, but there’s about 15 years’ work in the collection of images, and what we have understood, what we have observed and things we have discussed with whale experts about what these things might mean and what they might illuminate,” Mr Hughes said.

The book sits at the intersection between art and science, with a foreword by whale expert and Dalhousie University professor Hal Whitehead and text written alongside the photographs by Mr Hughes.

Mr Hughes said Professor Whitehead and other whale experts had given them guidance over the years and helped them understand how to describe the observations in ways that were as neutral as possible.

The book documents some of the wild experiences the Hughes' have witnessed in the water, including about 50 sperm whales giving birth.

“The actual birth sequences from the boat are dramatic and they show really what happens when a group of sperm whales get together to give simultaneous births to numbers of calves,” he said.

Mr Hughes said swimming with whales was a wonderful and liberating experience.

“You are alone, waiting for a whale or some whales to decide whether they want to come meet you or not, that to me, when they do come, even if they don’t, you are the only human being on the planet in that position and you’re immersed in nature as part of the overall web of life,” he said.

Next, Mr Hughes said he and his wife planned to bring awareness to the Wakatobi Dive Resort in Indonesia, which had a business-based conservation model.

“We would like to do something to capture the beauty of the reefs, but at the same time, bring awareness of the underlying business model that has resulted in an area, that was just another area of coral reefs being exploited, in the coral seas to the north of Australia, to being declared by the government as being a national park.”